Legislating for social change: Soutphommasane on Whitlam and the Racial Discrimination Act 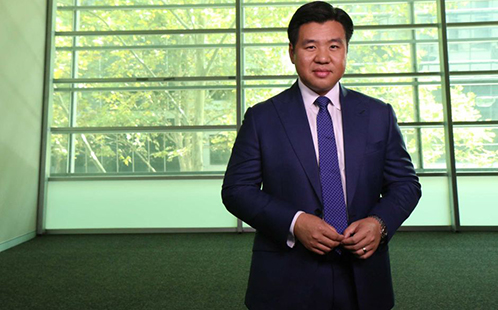 In 1975, the year the Racial Discrimination Act was introduced by the Whitlam Government, Australia's population was just over 13.5 million. Fast forward 40 years and 24 million people now call Australia home, living in relative harmony in a rich and vibrantly multicultural society.

Examining the role of legislation in catalysing and embedding social change, The Whitlam Government and the Racial Discrimination Act (RDA) by Race Discrimination Commissioner Dr Tim Soutphommasane explores the significance of the legislation and its enduring impact on Australian society.

"Public expressions of racial contempt and discrimination were once accepted without controversy in Australian society; today they are greeted overwhelmingly with disapproval," writes Dr Soutphommasane.

"These changes were given momentum by what was enshrined in the statute books in 1975, by that legislation that was passed in the dramatic final year of the Whitlam Government, and which was proclaimed by Whitlam only a fortnight before his Government ended."

This paper is based on a speech that was first delivered at the Whitlam Institute's one-day forum on Gough Whitlam and the Social Democratic Imagination (6 November 2015).

"In the space of a few thousand words, Soutphommasane has illuminated the history of the Racial Discrimination Act through a deceptively simple mingling of personal experience, political history and the realities of a multicultural 21st century Australia," says Eric Sidoti, Director, Whitlam Institute.

"It reminds us that in fundamental matters of human relations – in this case race and culture - the social questions are never 'settled' with any finality. It points to the consequential need for vigilance, intellectual honesty and the determination to stay the course."

'The Whitlam Legacy' is a series of occasional papers published by the Whitlam Institute offering contemporary insights on matters of public interest inspired by Gough Whitlam's public life and the legacy of the Whitlam Government.

The report can be accessed here (opens in a new window).