Two landmark studies by Western Sydney University and an international team of scientists have revealed increasing aridity worldwide could significantly impact the diversity of crucial microorganisms and key ecosystem services such as plant productivity and soil carbon sequestration.

Drylands occupy about 41 percent of the earth's surface, and are home to 38 percent of the world's population. Climate models predict the proportion of drylands will further expand by 10% by 2100 due to overgrazing, erosion and climate change. Yet there remains a lack of knowledge about how this will affect existing ecosystem services.

In a world first, an international team of scientists has studied 80 dryland sites in every continent except Antarctica in an attempt to map the future of the diverse, thriving microbial communities living in soils across the world.

The first study, led by Professor Fernando Maestre (Universidad Rey Juan Carlos, Spain) and published in the Proceedings of the National Academy of Sciences journal, found that as soil became more arid, there was a corresponding reduction in the abundance and diversity of bacteria.

In the second study, published in Nature Communications, scientists investigated how microbial diversity loss affected the crucial ecological functions of drylands. They also conducted a national survey in Scotland covering multiple ecosystem types typically found in temperate ecosystems. Using these two independent databases, the international team of researchers found that microbial diversity is vital to maintaining the capability of ecosystems to provide multiple functions and services simultaneously. Even when accounting for impacts such as climate, soil abiotic factors and spatial predictors of ecosystem functions, the positive effects of microbial diversity were maintained.

"The study has a clear message for scientists, policy makers, and organizations involved in management and conservation policies," says the first author of Nature Communication paper Dr Manuel Delgado Baquerizo, from the Hawkesbury Institute for the Environment at Western Sydney University.

"Losses in microbial diversity derived from human activities and climate change will reduce ecosystem functions and services, such as food and fiber production, climate regulation, and nutrient cycling." 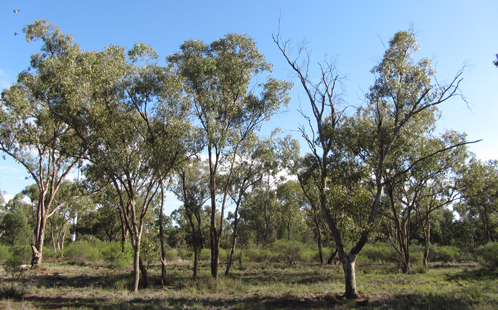 Senior author Professor Brajesh Singh, from the Global Centre for Land-Based Innovation at Western Sydney University, says the studies have severe consequences for the global population.

"90% of human settlements in dryland are based in developing countries, posing serious challenges to food security, carbon sequestration and desertification," he says.

"For example, it is estimated that severe degradation in 10-20 % of global drylands could affect about 250 million people, which will impact the Sustainable Development Goals of the UN."

Professor Singh says the studies clearly indicate the need to develop new approaches to protect soil biodiversity to ensure the multifunctionality of terrestrial ecosystems is preserved for future generations.

"To reduce projected loss in key ecosystem services, further expansion and deterioration in terrestrial ecosystems need to be minimised," he says.

"This will require a coordinated approach to slow down the rate of climate change, in combination with changes to land use patterns to reduce overgrazing by local populations."