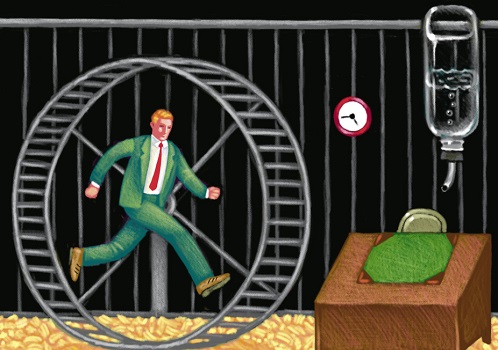 The following opinion piece by Dr Christopher Turbill, from the Hawkesbury Institute for the Environment was first published on The Conversation.

You may have seen the news that the human lifespan cannot be extended beyond about 115 years, as shown by a demographic analysis confirming that the steady improvements in lifespan seen for many populations over recent decades has stalled since the 1990s.

The researchers' conclusion that "the maximum lifespan of humans is fixed and subject to natural constraints" is sobering reading for those who dream that human ageing can one day be successfully hacked. But for evolutionary ecologists, it should not come as a surprise.

As well as striking a note of biological realism, this research also highlights how research on human ageing often neglects the insights available from evolutionary theory – and particularly from a research field called "comparative life-history ecology".

This genre of research explains why mice and humans grow old at such different rates (more on why this is a problem for ageing research later). It aims to bring us closer to understanding the "ultimate" reasons why we age – which in turn can tell us whether the hundreds of millions of dollars poured into ageing research are actually a good investment.

Strive as we might, an evolutionary perspective tells us that maximum lifespans will not be extended by simply solving one symptom of ageing after another.

Ageing – or "senescence", to use the biological term – is defined as a decline in physiological condition with age. You might wonder why natural selection allows this to happen at all. The answer is that senescence happens in a "selection shadow" – that is, after organisms have already reproduced and passed on their genes. There is no real evolutionary penalty for failing to ward off the ravages of old age, because in animal populations relatively few individuals make it into their geriatric years anyway, thanks to predators, disease, hardship or bad luck.

Natural selection reaches a crescendo at sexual maturity, when most individuals in a population are alive and striving to produce viable offspring. This is the age at which the genetic baton is passed to the next generation. Unfortunately for those of us over 40, it's all downhill from here in terms of the evolutionary pressure to maintain a healthy body.

This knowledge – that selection pressure changes with age in a way that depends not just on the expected lifespan but also on the timing of reproductive effort – is fundamental to evolutionary theories of ageing. It is also fundamental to how we design and interpret the research that aims to help us prolong our own maximum lifespans.

Many of the species most frequently studied by biologists – such as mice, flies and worms – are chosen precisely because their short lifespans and fast generational turnover make them quicker and easier to work with. But their short lives and adaptable reproductive strategies actually make them unsuitable models for testing drugs or other anti-ageing interventions aimed at slowing human ageing.

Short-lived species seem to be able to "trade in" their investment in growth and sexual reproduction in return for slowing down the ageing process – switching to a physiological state in which they instead invest in maintenance of body condition and warding off senescence.

This strategy makes sense for species whose brief lives can be subject to wide variability in environmental conditions. For a small rodent, having a litter of pups would be rather pointless if food is too scarce for them to grow and survive to adulthood. Hamsters, for example, can instead enter a torpid state that actually protects their cells from ageing over winter.

In contrast, species with long expected natural lifespans (which have reduced their mortality risk by evolving to a large size, or being able to fly or hibernate, or having a large brain) have already invested strongly, and perhaps maximally, in protecting their cells from ageing. This suggests there is no "anti-ageing switch" available to flick for a species such as ourselves. Whether or not we have children, it seems we're already naturally geared to live as long as we possibly can.

This might sound weird, but it's supported by a simple comparative analysis that a colleague and I published back in 2010, in which we compared the average expected lifespan with the maximum recorded lifespan for various mammals. From this we can calculate a simple ratio of average to maximum lifespan, which tells you, for a given species, how much it is theoretically possible to expand lifespan.

If we take the ratio of a short-lived species like a mouse and apply it to humans, we would predict a maximum lifespan of about 400 years! But despite all of our efforts to push the boundaries through medicine and nutrition, humans (along with elephants and other highly durable animals) don't come close to these biblical lifespans.

So if mice find it much easier to slow down the ageing process than we do, what does that mean for anti-ageing studies using mice? Sadly, the implication is that most tactics shown to prolong lifespan in mice – such as calorie restriction – will be far less effective in humans.

If we are to break the evolutionary constraints on maximum lifespan in humans, we need to better take account of life-history ecology. This theory tells us that the causes of ageing are to be found not at the end of our lives, but at the beginning.

How our maximum lifespan is ultimately limited will be understood by research that seeks to answer why the pace of life varies so much among different animals. For me, this is the take-home message from this recent excellent research.