If the people can’t get to their jobs, bring the jobs to the people 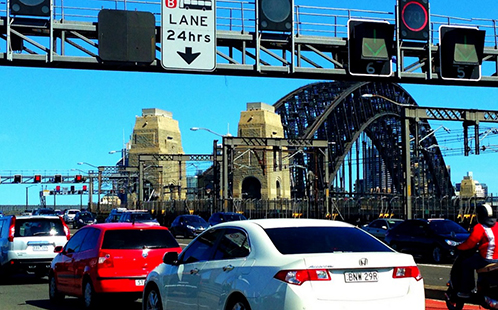 The following piece, by Phillip O'Neill from the Centre for Western Sydney, was first published by The Conversation.

Our recent research report calls for the growth of a giant concentration of jobs in Western Sydney. No other pathway to a prosperous, just and sustainable city seems navigable.

Both methods of transport are failing

There are two sides to Sydney's transport problem. One is cars.

Currently, 74.2% of Western Sydney workers use a car as their main way to get to work. The costs of this are daunting. We estimate this at A$5 billion in cash alone per year, which is borne entirely by the Western Sydney traveller.

However, there is no current alternative to the mass use of cars in Western Sydney. Jobs have been allowed to scatter geographically such that linking large numbers of workers to their jobs by public transport isn't feasible.

If we project 20 years from now based on trends over the last ten years, 820,000 Western Sydney workers will crawl to their jobs across their region each day by 2036. A further 500,000 will travel further afield.

This latter group will travel increasingly to CBD jobs. The public cost of their journeys is the other side of the transport problem.

Each year, the number of Western Sydney workers with bachelor or higher degrees rises by around 10,000. Because there are too few jobs for them nearer their homes, they join the ranks of CBD commuters. Typically, they do this via public transport.

It is rarely acknowledged that outer Western Sydney workers are the city's most committed public transport users – when the opportunity exists. Local government areas with Sydney's highest rate of rail use for journeys to work in the CBD are Campbelltown (92% of travellers), Penrith (87%) and Camden and Fairfield (each 86%).

Rising demand for CBD access creates both a fiscal problem and a capacity problem.

Within these calculations is the fact that inner-city Sydney's daily Opal Card users pay barely 20% of the cost of their public transport journeys.

One has to wonder about the distributional equity of a transport system that has one group of workers – those in Western Sydney – paying $5 billion out of their own pockets to get to work, while another – largely non-Western Sydney, CBD-bound workers – has their work journeys subsidised from public revenues by nearly 80%.

These calculations exclude the capital costs of new projects. The Metro Northwest project is estimated to cost $8.3 billion by the year 2019. NSW can only afford such investments by selling public assets.

In 2011-12, NSW state debt exceeded $14 billion. Public asset sales have since lowered debt to $7 billion. But, even after proceeds from projected asset sales, NSW debt will rise to more than $16 billion in just three years.

The capital cost of building a way out of transport congestion overwhelms the NSW government's fiscal capacity, especially for long-haul CBD-focused capacity. Between 2011 and 2046 total public transport demand in Sydney for the morning peak is projected to increase by 91.1%, with rising demand for rail the major contributor. How can capacity be built and funded to meet this demand?

Sydney, in its entirety, is lurching toward an urban structure where its transportation problems are impossible to solve. Congestion will strangle Sydney's economic life, with parallel social and environmental nasties. Honest, clever appraisals and solutions are needed urgently. At their core should be building giant jobs centres in the west.