How apps and other online tools are challenging racist attacks 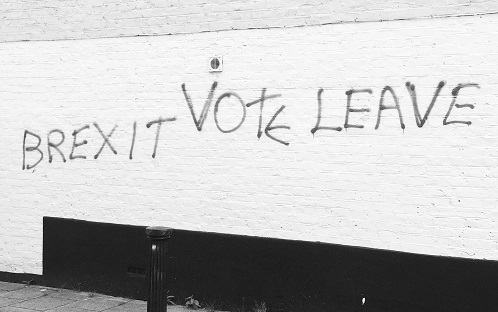 In the aftermath of Brexit in the UK and the success of Pauline Hanson in the Australian Senate elections, racism seems to be a more present threat than ever.

As First Nations people and people of colour in Australia well know, racial violence never went away. But, for others, recent events may serve as a needed reminder that racist attacks and abuses of police power also happen outside the US.

The Brexit fallout has included a sharp rise in racist attacks on people of colour and migrants, including eastern Europeans. Anti-racists in the UK have quickly responded. The iStreetWatch website now allows users to report and map racist incidents across the UK.

The post-Brexit Twitter handle @PostRefRacism has nearly 10,000 followers. It encourages users "to document the increase in racism in the UK following the vote for Brexit".

Share your experiences of post-referendum racism, and empower others to call it out! #PostRefRacism #Brexit #EUref pic.twitter.com/CJPaPzIO69

But as @PreRefRacism observes, far from being new, racism has merely become more visible to white people since Brexit.

Every time you see someone tweet about all the racism since Brexit without a nod to the many victims prior, direct them here @PreRefRacism

Activists and scholars have always argued race is a complex formation that needs to be set in historical context. However, the popular view is racism is a matter of bad attitudes that anyone can hold.

In online discussions, reductive approaches to racism can be challenged in real time. It is due to the prominence of many black feminists on Twitter, for example, that the term intersectionality has become more widely understood.

Social media provide an important space in which racism is being defined, discussed and countered. These are key sites for observing how discussions of race take shape.

However, as media scholar Gavan Titley notes, this has also led to racism becoming "debatable" – to the detriment of a clear delineation of what racism is and is not.

While "cyber-racism" is important to challenge, the persistence of street violence and the intertwining of "offline" and "online" worlds call for new methods for opposing racism in public.

Mobile apps for anti-racism interventions and education have been around for a number of years and several more are in development. As our research on apps in Australia, the UK and France has shown, they have diverse functions: to report racist incidents; to educate; and as news sources for racialised communities.

The "phone in your pocket", with its built-in geolocative and image-capturing capabilities, can be a powerful anti-racism tool, enabling immediate reactions to racist events. As with the recent police shooting of Philando Castile, mobile video live-streamed online can generate almost immediate widespread condemnation and reaction.

In London I have to wake up to this. He was black. Shot 4 times? When will something be done- no REALLY be done?!?! pic.twitter.com/OaLn60G6nm

The Australian Islamophobia Watch is a reporting app modelled on one developed by the French anti-Islamophobia association, the CCIF. The app was launched in reaction to the 2014 police raids on Muslim homes and subsequent attacks on Muslim people in public, women in particular.

Like iStreet Watch, the app allows users to report incidents of Islamophobic abuse. A map is created to visualise these incidents by category such as physical or verbal aggression, discrimination and vandalism. This representation of racial violence is itself a primary purpose of these apps.

The CCIF spokespeople in Paris told us that, in addition to enabling the reporting of racist events, the app-generated data draw attention to the existence of Islamophobia as a category of racism, which is highly contested in France. By cataloguing abusive events, CCIF makes the point that Islamophobia cannot go ignored.

The app includes a feed that provides an alternative news source for an embattled community. Against a backdrop of increased state-sanctioned Islamophobia – bans on hijabs and burqas, the imposition of pork on school canteen menus and heightened policing of Muslims in a hyper-securitised landscape – the resource generates community solidarity.

In this way, users may experience the app as a more concrete response to racism than fleeting online hashtag campaigns.

What are the risks of these apps?

Our research will now turn to the US and Canada where app development has focused on police violence against the black community. Tools such as the NYCLU Stop and Frisk app allow users to film police violence, report incidents and alert users when others are being stopped and frisked in their area.

While such apps purport to put the power in the hands of those on the receiving end, the rise of formalised digital platforms that capture and store data and evidence of racism also raises legitimate concerns:

As our research shows, the conduit between the reporting of incidents, the police and the courts necessarily appeals to the same systems in which institutionalised racism so often plays out.

Despite the apps we studied providing confidential and anonymised reporting, the real and perceived risks of the technology being used (in the wrong hands) to profile and literally locate and track individual reporters and activists is a genuine concern. This may act as a barrier to take-up and use.

The ease with which incidents can be filmed and uploaded online, while certainly raising awareness, runs the risk of causing people to switch off.

Digital technology can have the dual effect of informing about and banalising racism. As comic Hari Kondabolu tweeted following the US police shootings on successive days of two black men, Alton Sterling and Philando Castile:

As more apps are developed, more questions will emerge. What is clear is that these will be a main player in the fight against racism as it morphs and spreads into online and mobile-mediated everyday spaces.