Health Check: does the ‘G-spot’ exist? 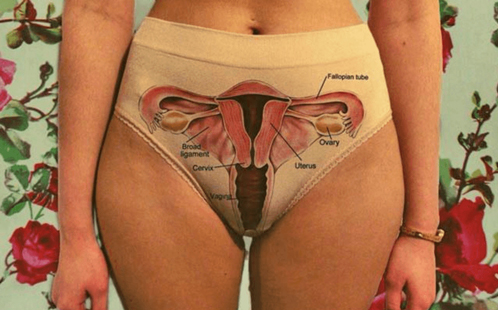 The following article, by Jane Chalmers, from the School of Science and Health, was first published on The Conversation website.

It is perhaps one of the most controversial debates in sexual function: is there or isn't there a G-spot? And if there is, how do we find it?

The G-spot is a purported highly erogenous area of the vagina that, when stimulated, may lead to strong sexual arousal and orgasm. Although the concept of vaginal orgasms has been around since the 17th century, the term G-spot wasn't coined until the 1980s. The G-spot is named after Eric Grafenberg, a German gynecologist, whose 1940s research documented this sensitive region within the vagina in some women.

The controversy surrounding the G-spot comes about because there is no consensus over just what the G-spot is, and while some women can orgasm through stimulation of the G-spot, others find it incredibly uncomfortable.

The G-spot lies on the anterior wall of the vagina, about 5-8cm above the opening to the vagina. It is easiest to locate if a woman lies on her back and has someone else insert one or two fingers into the vagina with the palm up. Using a "come here" motion, the tissue surrounding the urethra, called the urethral sponge, will begin to swell.

This swelling area is the G-spot. At first, this touch may make the woman feel as though she needs to urinate, but after a few seconds may turn into a pleasurable sensation. For some women, however, this stimulation remains uncomfortable, no matter how long the stimulation continues.

While some women may expel these fluids during arousal or sex, they are most commonly expelled during orgasm, and particularly through G-spot orgasm. So what is the difference between these fluids?

Female ejaculate, most commonly reported with G-spot orgasm, is a much different substance: women describe the fluid as looking like watered-down fat-free milk and report producing about a teaspoon in volume during orgasm. The contents of female ejaculate have been chemically analysed and found that it closely resembles secretions from the male prostate. This has led to many suspecting that glands known as the female prostate (formerly Skene's glands) produce this ejaculate.

The G-spot is not a single, distinct entity. Much debate exists in the research field as to just what the G-spot is, and how it can produce orgasm.

The G-spot is located in the clitourethrovaginal complex – the area where the clitoris, urethra and vagina all meet up. There are several structures in this complex that could produce pleasurable sensations when stimulated – the G-spot might reflect the stimulation of just one structure, or multiple structures at once. Two structures in particular have been hotly debated and stand out as likely candidates for producing G-spot orgasms: the female prostate and the clitoris.

The clitoris is more than meets the eye: we now know this organ extends far beyond what is visible externally. Apart from where the urethra and vagina touch, the clitoris somewhat encircles the urethra. Mechanical stimulation of the G-spot may in fact be stimulating the internal portion of the clitoris.

So is the G-Spot fact or fiction?

The G-spot certainly exists in some women. However, not all women will find the stimulation of the G-spot pleasurable.

Just because a woman is not aroused when the G-area is stimulated, this does not mean she is in any way sexually dysfunctional. Sexuality and arousal have clear physiological and psychological links. But, as human beings, we are all made slightly anatomically and physiologically different.

In the same way that what I consider "blue" may not be the exact same "blue" you perceive, an orgasm in one woman is not the same as an orgasm in any other woman. It is a unique experience. And although you and I both see blue through our eyes, the complexities of human sexuality and the female reproductive organs mean women may achieve orgasm in multiple ways.

Harry Potter star, feminist and all-round superstar Emma Watson supports a great website for women wanting to explore their sexuality further. It's called OMGYes and is a great place to explore the ways in which different women experience sexual pleasure.