Explainer: How do seat redistributions work? 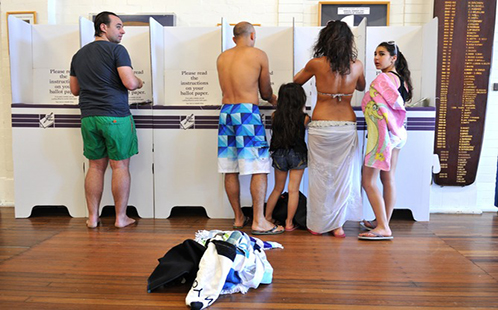 The following piece, by John Juriansz, from the School of Law, was first published by The Conversation.

The major parties have reportedly strenuously objected to the proposed New South Wales  federal electoral boundary changes . These have the capacity to change the demographics and political leanings of a handful of seats.

So, any redistribution of electoral boundaries may significantly impact how parties are represented in the parliament. But how does Australia's system of changing seat boundaries actually work?

Electoral redistribution is the redrawing of seat boundaries to ensure, as precisely as is practicable, that each state and territory gains representation in the House of Representatives in proportion to their population, and that there is a similar number of voters in each electorate for a given state or territory at an election.

To achieve this, the Australian Electoral Commission's Redistribution Committee is required to consider four express criteria when changing an electorate's boundaries:

The committee seeks to preserve the existing boundaries as much as possible, but that is less important than the other three criteria. It has also been suggested that an:

… unspoken criterion [provides] that redistributions ought to minimise distortion or disruption of the likely translation of votes to seats, given an essentially two-party lower house.

The public – including political parties – may make submissions to the Electoral Commissioner containing suggestions, comments and objections in advance of boundaries being decided. However, the government plays no role in amending the outcome of what the Redistribution Committee determines. The committee must remain impartial.

This impartiality was not always a feature of Australia's electoral laws. Following Federation, the government and the parliament commonly engaged in gerrymandering, malapportionment and other overtly partisan incursions.

Why do redistributions take place?

Since the introduction of the mandatory and automatic triggers for redistribution in 1983, redistributions have increased in frequency from about once a decade to about one every five years.

What are these? Which are still relevant today?

Changing size of the legislature. Federal parliament's size was twice increased (1948 and 1983) and led to the automatic triggering of ten state-wide redistributions and three additional redistributions at the government's discretion to accommodate the new allocations of electorates.

As their relative populations change, electorates will be lost from one state and gained in another. This triggers redistributions in both states. NSW is set to lose one electorate to Western Australia. Changes in the spatial distribution of populations across states and territories have accounted for about 45% of all redistributions.

Malapportionment. Malapportionment refers to the departure from the democratic principle of "one vote, one value", which requires single-member electoral districts to contain approximately equal numbers of voters. Australia permits a malapportionment variance of up to 10%. It can be redressed by either expanding or contracting an electorate's geographical boundaries to include additional or fewer voters.

Passage of time. It was not until the High Court mandated that the entitlement of each state be determined prior to every federal election that the passage of time became a mandated trigger.

The 1983 electoral reforms refined this requirement by mandating a further redistribution if seven years had elapsed since the last redistribution in a state. This allowed three general elections to be held on one set of boundaries (unless a redistribution had been triggered another way), given the three-year parliamentary term.

It has not been the Constitution but federal legislation that has had the most significant impact on electoral redistribution and voter equality. The most important legislative change has been the establishment of the independent electoral commission.