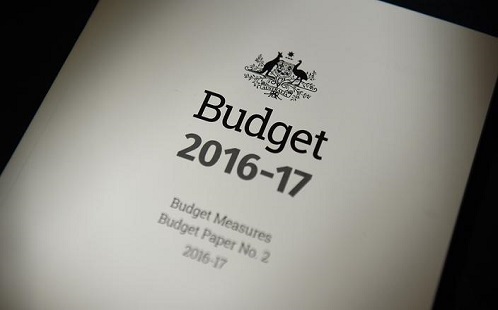 The following opinion piece was written by Dr James Farrell and Dr John Ablett from the School of Business.

The Federal Opposition has focussed on the fairness of the income tax cuts in the Budget. While we share the disappointment that these have exclusively favoured households on higher incomes, we would like to highlight other shortcomings of the Budget. These represent ongoing policy failures, and they are failures in which both sides of politics are complicit.

We begin with some observations on microeconomic aspects of the budget.

First, the changes to the tax treatment of superannuation still fall short of a comprehensive overhaul. Once again the Federal Government has made some marginal changes to the tax treatment of retirement savings. The changes this time around represent at least an attempt to moderate some of the excesses in the availability of tax concessions that have unfairly advantaged the highest income earners. However placing a limit on the amount of superannuation savings receiving earnings tax free status in the retirement phase, tightening the limit on annual concessional super contributions, and placing a limit on lifetime non-concessional contributions are all piecemeal measures that are likely to be further tinkered with by future governments. The bottom line is that it is internationally recognised that the preferred tax regime for retirement savings, both on efficiency and equity grounds, consists of a tax on superannuation benefits only that is integrated with the general income tax system. Australia is a long way from such a system, however transitioning to such a system, even over an extended period of time, would arguably be the best approach to achieving a sustainable retirement income system that also helps fund the public health and welfare needs of a growing elderly population.

Second, we have lost another opportunity to end the subsidisation of property investment. Whilst the current Federal Government, to its credit, is prepared to moderate 'excesses' in the tax concessions on superannuation, it is adamant that nothing should be done with respect to what many people believe are excesses in the benefits property investors receive from negative gearing. This would appear to be purely a matter of politics. Some moderation in negative gearing would have been possible, not necessarily along the same lines as proposed by the Federal opposition, without removing the general incentive to invest in property. For example, tax deductibility of interest on property investment loans could be limited to something less than 100 per cent, say 75 per cent (with the tax savings used to fund expansion of public housing, trade apprenticeships and do on).

With respect to the possible effects of limiting the benefits of negative gearing, the Prime Minister has been quick to suggest any general fall in house prices would be a major national tragedy. One would suspect that such a claim would have more political credibility if it was combined with equal concern about the actual fall in average real wages over recent years. At the time of the presentation of the ill-fated 2014 Federal budget, Joe Hockey was right to suggest the burden of resolving fiscal difficulties should be shared, however he omitted to add an exception the Government clearly believes in, that is, 'with the exception of the property investment industry'.

In terms of its macroeconomic impact, the budget is close to neutral. The tax cuts and new infrastructure expenditures roughly cancel out the 'savings' from superannuation taxes and the winding up of carbon tax compensation. The budget balance is forecast to fall from $39.4 billion in 2015-16 to $37.1 billion in 2016-17, which amounts to a contraction to the tune of 0.2 per cent of GDP. In fact the contraction is slightly larger if we go by the 'structural deficit' estimated in Statement 3. If all the budget 'settings' were untouched, the deficit would actually deteriorate a little due to below-trend GDP growth (and despite an expected tiny improvement in iron ore price); therefore when the budget balance is adjusted for this, we see a slightly bigger discretionary contraction – or consolidation, if you want to make it sound virtuous.

In fact it is difficult to argue that any fiscal contraction is warranted given the slow growth of the economy. The Treasury's own forecast is for 2.5 per cent growth this financial year and next, and this estimate has been endorsed by prominent private sector macroeconomists who follow these things. The official unemployment rate is 5.8 percent; it is forecast to fall to 5.5 per cent next year. But given the low GDP growth rate, and taking account of trend productivity growth, employment measured in hours worked cannot keep pace with the growth of the labour force; therefore, as Statement 2 concedes, if unemployment falls it will only be because average hours are falling. The Budget papers try to spin this as a voluntary and indeed healthy social change, notwithstanding that the ABS estimates about a million Australian workers to be 'underemployed'. Furthermore, the official unemployment rate is understated in any case due to hidden unemployment: labour force participation is down about one percent since it peaked in 2010, so we can reasonably add those discouraged workers to our estimate of the true unemployment rate.

A back-of-the-envelope calculation says that, to absorb the unemployed and underemployed workers at a sustainable rate, the economy needs to grow at about four percent annually for the next three or so years, 1.5 percent faster than the current forecast. Assuming, conservatively, that the fiscal multiplier is itself about 1.5, the needed growth in demand would be achieved through a fiscal expansion to the tune of one percent of GDP – that is, structural deficits exceeding the current deficit by one percent of GDP until 2018-19. With inflation and wage growth so low, the risk that a four percent GDP growth rate would overheat the economy is negligible.

Given that the RBA has almost spent its ammunition and still failed to stimulate the economy adequately, fiscal stimulus is our best hope. The only sound objection to expansionary fiscal policy in an economy with underutilised capacity is that it may eventually result in a serious public debt burden. However, for the time being our government debt is still small by international and historic standards, and the interest rate we pay on it is very low. So the Commonwealth's 'interest burden' is only about 0.7 per cent of GDP – we are a long way from being in debt trap.

The Government is selling the budget as a 'budget for growth' on the basis of some very minor supply-side measures, principally cuts in business taxes. But what is required is a major demand-side stimulus. With hospitals and schools crying out for new infrastructure, and the cost of borrowing so low, this is an ideal time for a major injection of capital expenditure. Unfortunately, the doctrine of 'responsible fiscal management' as a precondition for 'investor confidence' has prevailed again.