Clear skies ahead: how improving the language of aviation could save lives 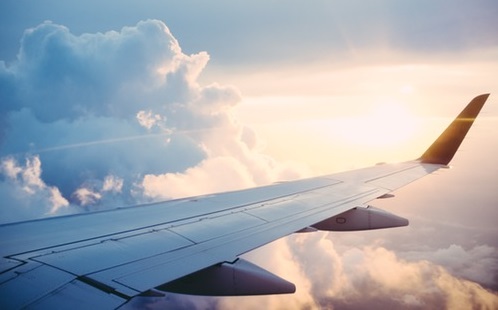 The following opinion piece by Dr Dominique Estival, from the MARCS Institute was first published on The Conversation.

"The most dangerous part of flying is driving to the airport."

That's a standard joke among pilots, who know even better than the flying public that aviation is the safest mode of transportation.

But there are still those headlines and TV shows about airline crashes, and those statistics people like to repeat, such as:

"Between 1976 and 2000, more than 1,100 passengers and crew lost their lives in accidents in which investigators determined that language had played a contributory role."

True enough, 80% of all air incidents and accidents occur because of human error. Miscommunication combined with other human factors such as fatigue, cognitive workload, noise, or forgetfulness have played a role in some of the deadliest accidents.

The most well-known, and widely discussed, is the collision on the ground of two Boeing 747 aircraft in 1977 in Tenerife, which resulted in 583 fatalities. The incident was due in part to difficult communications between the pilot, whose native language was Dutch, and the Spanish air traffic controller.

In such a high-stakes environment as commercial aviation, where the lives of hundreds of passengers and innocent people on the ground are involved, communication is critical to safety.

So, it was decided that Aviation English would be the international language of aviation and that all aviation professionals – pilots and air traffic controllers (ATC) – would need to be proficient in it. It is a language designed to minimise ambiguities and misunderstandings, highly structured and codified.

Pilots and ATC expect to hear certain bits of information in certain ways and in a given order. The "phraseology", with its particular pronunciation (for example, "fife" and "niner" instead of "five" and "nine", so they're not confused with each other), specific words ("Cleared to land"), international alphabet ("Mike Hotel Foxtrot") and strict conversation rules (you must repeat, or "read back", an instruction), needs to be learned and practised.

In spite of globalisation and the spread of English, most people around the world are not native English speakers, and an increasing number of aviation professionals do not speak English as their first language.

Native speakers have an advantage when they learn Aviation English, since they already speak English at home and in their daily lives. But they encounter many pilots or ATC who learned English as a second or even third language.

Whose responsibility is it to ensure that communication is successful? Can native speakers simply speak the way they do at home and expect to be understood? Or do they also have the responsibility to make themselves understood and to learn how to understand pilots or ATC who are not native English speakers?

As a linguist, I analyse aviation language from a linguistics perspective. I have noted the restricted meaning of the few verbs and adjectives; that the only pronouns are "you" and sometimes "we" ("How do you read?"; "We're overhead Camden"; how few questions there are, mostly imperatives ("Maintain heading 180"); and that the syntax is so simple (no complement clauses, no relative clauses, no recursion), it might not even count as a human language for Chomsky.

But, as a pilot and a flight instructor, I look at it from the point of view of student pilots learning to use it in the cockpit while also learning to fly the airplane and navigate around the airfield.

How much harder it is to remember what to say when the workload goes up, and more difficult to speak over the radio when you know everyone else on the frequency is listening and will notice every little mistake you make?

Imagine, then, how much more difficult this is for pilots with English as a second language.

Everyone learning another language knows it's suddenly more challenging to hold a conversation over the phone than face-to-face, even with someone you already know. When it's over the radio, with someone you don't know, against the noise of the engine, static noise in the headphones, and while trying to make the plane do what you want it to do, it can be quite daunting.

This is one of the results of my research conducted in collaboration with UNSW's Brett Molesworth, combining linguistics and aviation human factors.

Experiments in a flight simulator with pilots of diverse language backgrounds and flying experience explored conditions likely to result in pilots making mistakes or misunderstanding ATC instructions. Not surprisingly, increased workload, too much information, and rapid ATC speech, caused mistakes.

Also not surprisingly, less experienced pilots, no matter their English proficiency, made more mistakes. But surprisingly, it was the level of training, rather than number of flying hours or language background, that predicted better communication.

Once we understand the factors contributing to miscommunication in aviation, we can propose solutions to prevent them. For example, technologies such as Automatic Speech Recognition and Natural Language Understanding may help catch errors in pilot readbacks that ATC did not notice and might complement training for pilots and ATC.

It is vital that they understand each other, whatever their native language.