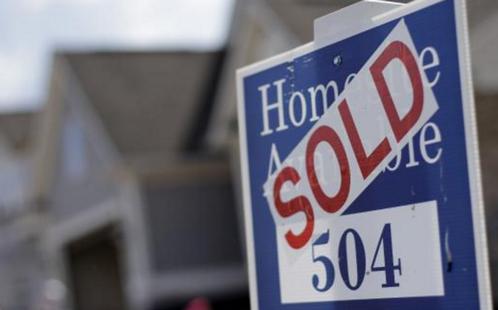 The following opinion piece, by Dr Dallas Rogers from the School of Social Sciences and Psychology, was first published on The Conversation website.

But in my new book, The Geopolitics of Real Estate (opens in a new window), I show it is a mistake to blame particular domestic or foreign investor groups for affordability problems over a short timeline.

One way to think about housing affordability is to reverse-engineer the problem back to the birth of Australia's property-owning democracy. History shows the problem was created in five key steps.

Step 1: Aboriginal peoples were dispossessed of their land

When you open up the timeline for an analysis of housing affordability, the question quickly becomes: whose land are domestic and foreign real estate investors trading?

Go back a couple of centuries and you arrive at what RMIT academic Libby Porter (opens in a new window) calls the original dispossession: the point when the land was stolen from Aboriginal peoples.

But Aboriginal land dispossession is not only a series of historical events that occurred in the past. Such acts established the social and legal conditions (opens in a new window) that allow land and real estate to be traded today.

Step 2: foreigners and capital were moved onto the land

The early British colonial settlements set trade and migration as their objectives.

In the early 19th century, Edward Wakefield (opens in a new window), a leading force in South Australia's colonisation, argued land should be sold rather than given away. This would incentivise the new landowners to pay the emigration costs associated with transporting immigrants to supply labour for the colony.

Wakefield argued the immigrants would sell their labour and, with their incomes, would buy land. He called this systematic colonisation (opens in a new window), and later championed these ideas in New Zealand and Canada.

These ideas about globalising the scale at which foreigners could be moved through local colonial land opened up new ways of thinking about the global market for land and sources of labour.

Contemporary governments continue to use the movement of people and capital through their land and real estate markets to underwrite their economies and labour markets.

Step 3: a property-owning democracy was built

A property-owning democracy is a society in which between 65% and 85% of households own or are purchasing the home they live in.

After the second world war the Australian government set about building a property-owning democracy. To build it required two interrelated tasks.

After the war the government increasingly regulated the movement of people and their money across Australian borders. It introduced a raft of economic and social policies that were firmly aimed at shaping how Australians thought about real estate – the Great Australian Dream (opens in a new window).

Post-war housing and economic policies, ideas about nationhood and citizenship, and the responsibility to be a suburban consumer of a home and household goods were worked deeply into the minds of baby boomers.

Step 4: land and real estate was constituted as private property

What emerged in the second half of the 20th century was a suite of crises in land and real estate.

Aboriginal land rights rose to the surface (opens in a new window) as the settler politics of claiming and defending the land and real estate was called into question.

As the populations grew and the effects of the property-owning democracy took hold in major Australian cities, a crisis in housing affordability emerged.

When compared with the experience of their parents, by the early 21st century it was harder for the children of the baby boomers to buy into urban real estate markets. As the baby boomers were busy buying real estate in the second half of the 20th century, a land revolution was under way in China.

The collectivisation of land had effectively removed the land from the private property market in China in the mid-20th century. It was radically reinserted a few decades later.

The geopolitical rise of China at the end of the 20th century changed the way people and money circulated around the world.

Step 5: global movements of people and capital followed the geopolitics

The surplus Chinese capital broke free of the national border by the end of the century. The newly enfranchised middle class and super-rich Chinese were looking for foreign real estate opportunities.

At the turn of the century, the baby boomer real estate dream was becoming harder to realise for their children. But the Chinese local and foreign real estate dreams were still in their infancy.

The history (opens in a new window) of foreign investment in land and real estate shows the global movement of people and capital is closely linked to the prevailing geopolitics.