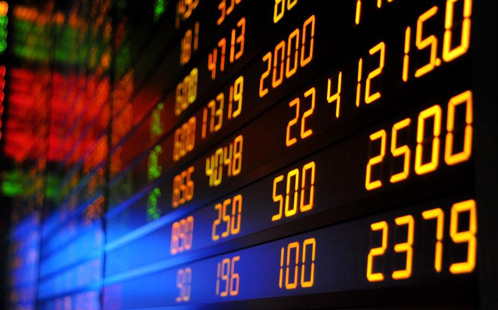 The following opinion piece, by Professor Michael Adams, Dean of the School of Law, was first published by The Conversation (opens in a new window)

Regardless of your view of the track record of the Australian Securities and Investments Commission (ASIC), the regulator has the timing right in launching a civil legal action (opens in a new window) against ANZ Bank.

ASIC would not have commenced such significant litigation without weighing up all the available evidence it has gained through a number of domestic and international investigations.This case will generate a very strong reaction from many parties involved, not just because of the millions of dollars in penalties at stake, but the reputation damage to both the bank, the regulators and the securities markets.

The legal action is targeted at ANZ's Group Treasury and Global Markets Division, for its activity between March 2010 to May 2012 and role as a prime bank in the bank swap reference rate (BBSW), administered by the Australian Financial Markets Association. The basic accusation is that ANZ used its large market position to influence interest rates, which benefited the bank and disadvantaged its clients. ANZ says it will vigorously defend against the claim.

Three other international banks, that operate in Australia (UBS-AG; BNP Paribas and the Royal Bank of Scotland) have already been investigated for misconduct and accepted enforceable undertakings. Collectively they have made voluntary contributions totalling A$3.6 million to a financial literacy fund. Enforceable undertakings are not an admission of guilt or breach of the law, but if they are not followed, they can be legally enforced, including criminal penalties imposed.

The ASIC legal action can be broken down into three parts. The two major alleged contraventions involved the complex area of law known as unconscionable conduct and market manipulation. Both fall under the Corporations Act and ASIC Act and are technically difficult to prove.

After the NRMA case (where Dawn Fraser and Richad Talbot sued the NRMA from being privatised on the basis that the "prospectus" was misleading and deceptive under consumer laws), misleading conduct and unconscionable conduct were removed from the general consumer laws and placed in respect of financial services in the Corporations Act and ASIC Act. There have been very few successful cases in this area.

Even more difficult to prove is the market manipulation provision in s 1041A of the Corporations Act. This is a very significant section and is closely related to the insider trading provisions, found in s 1043A.

Market manipulation has a long list of factors that have to all individually be proved to make the breach be made out in a superior court. Many regulators around the world have struggled to enforce such laws, including ASIC.

ASIC has a success rate of 85% to 95% (based on its annual reports from 2009-2015), in criminal and civil litigation, but it has struggled when fully contested by the defendants.

It would be safe to say that ASIC must have a high level of evidence to launch such a high profile case in the Federal Court.

The third area in the statement of claim against ANZ Bank is the actual Australian Financial Services Licence (AFSL) that the bank must hold to operate a financial services business.

It is very smart of the regulator to include the more technical contraventions of the AFSL under s 912A, which must be complied with to run a financial services business. This section (and its predecessors) have been around a long time, but often are not taken seriously compared to other requirements.

What s 912A creates are express terms in the "contract" to run a financial services business, through an AFSL, which is issued by the government via ASIC. If you fail to comply with the conditions of the AFSL or breach the obligations imposed via s 912A, a court can revoke or amend the AFSL, which could have a major impact on your business.

ASIC is claiming pecuniary penalties for such breaches, which could run into millions of dollars, as well as a detailed implementation of a new compliance and training scheme, to avoid such contraventions in the future. If ANZ Bank was to lose the case, the dollars would hurt, but the fundamental consequence would be the major reputation damage to the bank. The court could remove the AFSL altogether and those parts of the ANZ business would have to stop operations or the court could impose new restrictive conditions, which would heavily disrupt the business.

We now wait to see the defence, if this matter goes fully to court this year. The defence will probably focus on the lack of any party making losses. They may also claim it was a market rate setting system, where all parties had the same impact and no artificial price was created. ANZ may argue that all the banks were parties, on an equal footing, and as a result not acting unconsciously. Finally, they're likely to claim the AFSL obligations were not contravened at all.