The story of Western Sydney University Alumni and Sudanese ex-child soldier Deng Adut has inspired people all around the world, with over 2 million views across social channels since its September launch.

This week (opens in a new window) it was the focus of the infamously hard to please Gruen panel, but won hearts and minds through the powerful emotion of its subject matter; transformation and hope.

"Alumni stories have been told many, many times, by many universities," he said.

"But what they focused on here was the trajectory of success, and that is a universal story about ambition, drive, hope and determination. I think they cracked it. It's one of my favourite ads of the year."

The 90 second TVC launched alongside two other Alumni stories as part of a wider re-brand and re-positioning for the University, just ahead of its best ever Open Day at the end of August this year.

Commenting on the positive response to the work from Gruen panellists, Vice-Chancellor Professor Barney Glover said Deng Adut's story is truly inspirational, and alongside other long-form ads helped tell the story of the University in a non-traditional way.

"While this is just the start of a three year campaign focusing on inspiring and supporting our students, the leaders of tomorrow, to realise their greatest potential, the response to our 'Unlimited' campaign from the community, industry and also from marketing experts such as those on Gruen, has been phenomenal and has elevated pride in this great University," he said. 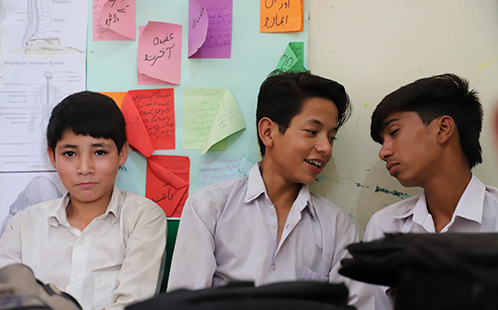