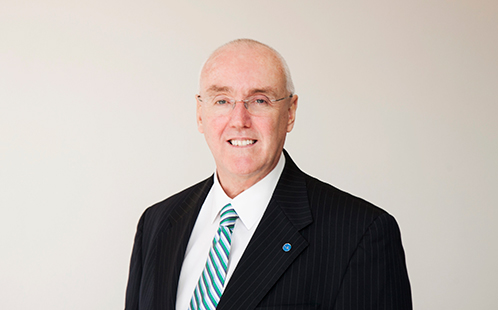 The Vice-Chancellor and President of the University of Western Sydney, Professor Barney Glover, will become the next Chair of Universities Australia(opens in a new window) (UA), taking over from current Chair, Professor Sandra Harding.

Professor Glover was elected unopposed and will take up his new position on 19 May 2015, alongside his role as Vice-Chancellor at UWS.

Universities Australia is the peak body representing the Australian university sector, both nationally and internationally.

Professor Glover is an accomplished academic leader who has held senior executive roles across a diverse range of Australian universities, including Curtin University, University of Newcastle, Charles Darwin University and UWS.

"This is a critical time in the Australian university sector, and I have no doubt that Barney will follow the wonderful example set by Professor Harding by bringing a measured and thoughtful approach to the UA leadership," Professor Shergold said.

"He understands the crucial role that universities play in building the social and economic capital of our nation, through research and international engagement.

"Throughout his career, Barney has also demonstrated his deep commitment to widening participation in higher education. He knows the difference that a university education can make, not only to the lives of individuals, but to their families and broader communities.

"On behalf of the entire UWS community, I congratulate Barney on his appointment. I have no doubt he will make an outstanding contribution to Universities Australia and the entire higher education sector."

Professor Glover thanked Professor Harding for her inspired leadership of Universities Australia over the past two years at a time of unprecedented change in higher education policy.

"As UA Chair, Sandra has displayed determined advocacy, leadership and an unswerving commitment to the strong ideals of the sector to serve students and contribute to economic and social progress," he said.

"Through her unflagging determination to fully consult her colleagues at all times, she has ensured UA has built a strong platform of respect, leadership and advocacy.

"I am looking forward to building on her hard work and achievements", Professor Glover said.