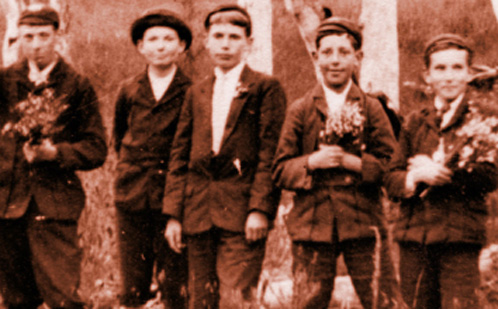 A project featuring the work of UWS Technical Officer Noel Burgess that charts the impact of war on the boys who travelled from the Blue Mountains to World War 1 has received a National Trust Heritage Award.

Titled Make Your Mark in History, the exhibit at the Woodford Academy presents museum visitors with the history and archival records of the boys who went to school at the site and later fought in battle.

Their stories are revealed month by month over the next three years through displays and interactive ebooks at the Academy museum.

Noel Burgess wrote and produced the audio and visual interpretive exhibit permanently on display in a dedicated room in the museum.

The moving exhibit features an original music score by Mr Burgess, and showcases the war and medical records of the 12 boys depicted in a 1909 school football photo who later enlisted in the Great War.

"The Make Your Mark in History exhibit is thoroughly researched and beautifully presented," the judges say in their comments.