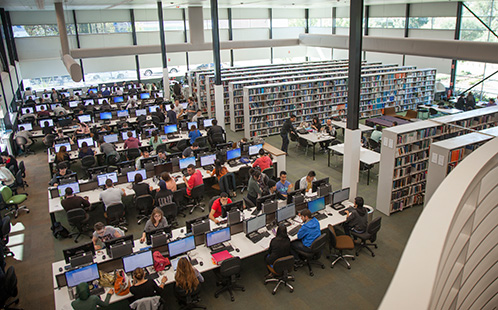 The University of Western Sydney has made a significant leap in this year's rankings of the world's best 100 universities under the age of 50, moving from 87th to 56th position.

Today's release of the highly influential Times Higher Education 100 Under 50 rankings firmly places UWS in the top 60 best young universities in the world.

The 100 Under 50 list ranks modern universities from around the globe and assesses them on performance indicators such as research, teaching excellence, international outlook and connections with industry.

UWS Vice-Chancellor Professor Barney Glover says the University's considerable jump in the rankings is an exceptional result, particularly as UWS is just over 25 years of age.

"Last year was only the first time that UWS appeared in the 100 Under 50 list, so to significantly strengthen our position in just 12 months is an achievement that the entire University community should be immensely proud of," says Professor Glover.

The 100 Under 50 list is a complement to the annual Times Higher Education World University rankings, where UWS was named in the top two per cent of the world's best universities in October last year.

Today's announcement comes hot on the heels of news that UWS is also ranked in the top 400 worldwide in agriculture and forestry, English language and literature, medicine, education, psychology, and sociology, as part of the QS World University Rankings by Subject.

"This achievement highlights UWS's ongoing commitment to being a truly world-class university that is recognised globally for its research strengths, its engagement with business and industry, and its innovative approach to teaching," says Professor Glover.

"The University of Western Sydney is pleased to stand tall as one of the best young universities in the world."

"Those who make the list have managed to make a big global impact in some key areas of teaching, research and knowledge transfer in competition against established, traditional institutions which have often had many centuries to accumulate wealth and reputation," says Mr Baty.

"UWS's performance is particularly impressive - not only has it jumped up more than 30 places, but it is one of the younger universities on the list, at just over 25 years old."

The full Times Higher Education 100 Under 50 rankings results(opens in a new window).