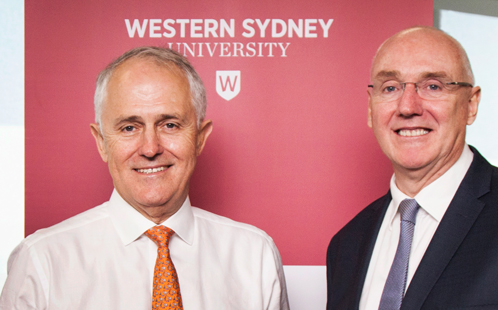 Vice-Chancellor, Professor Barney Glover, says the policy announcement is a major step in the right direction for the economic future of Australia.

He says the Government's moves to make university-industry collaboration a focal point of research funding is reflective of the direction Western Sydney University has taken in recent years with the establishment of initiatives like its Research, Engagement, Development and Innovation (REDI) unit – which aims to make strong connection between the University, business, the community and Government.

"Our partnership with CSIRO in the LaunchPad program ­– along with a range of Government and corporate partners – will enable the activation of the innovation fund among startup clusters in areas like Western Sydney where entrepreneurs will be pivotal to realising positive economic transformation."

With 80 per cent of its research rated world class or better, Professor Glover says Western Sydney University is well-placed to support globally competitive innovation through research applied on-the-ground across the rapidly-growing Western Sydney region, as well as further afield.

"Extending this funding to support the establishment of a Western Sydney Science Centre – a project at Werrington to which the University has committed $30 million – would be an exceptional way to direct this support to a region where it would have a widespread, intergenerational and much-needed impact," says Professor Glover.

Professor Glover says it is pleasing to see many of the key points raised in Universities Australia 'Keep It Clever' statement addressed in this innovation agenda, particularly the Government's resetting of the way it views universities.

"Universities are central in Australia's innovation reboot, and Western Sydney University is committed to playing a critical role in the ongoing and rapid development of Western Sydney."