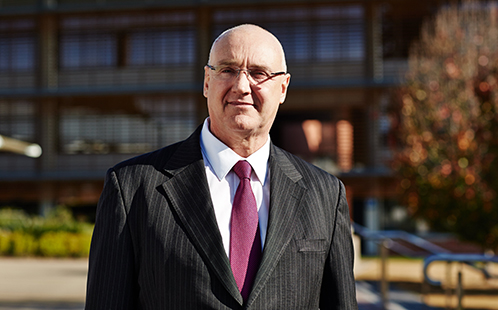 The bold policy blueprint was announced on Wednesday 7 October, in an address to the National Press Club of Australia by Western Sydney University Vice-Chancellor, Professor Barney Glover, who is also Chair of Universities Australia.

As Australia heads into an era of change on a scale not seen since the industrial revolution, there is an urgent need to invest now in research, skills and ingenuity to transform our industries – and create and fill the jobs of the future. A key tenet of the 'Keep it Clever' campaign is that an investment in universities is an investment in Australia's future.

Australia has dropped from sixth place to second last (24 out of 25) of the advanced economies for the level of public investment in tertiary education.

Many other nations have already committed to investment in universities and set ambitious targets. It is critical for Australia's future that we make a similar commitment to invest properly in research, education and innovation.

The policy statement also unveils new modelling which underscores how critical universities are to Australia's economy and prosperity. It finds:

We are in a period of profound change, and the success of our response will depend largely on our nation's recognition of the economic, social and cultural contribution of higher education.

As traditional industries recede, university education, research and industry collaboration will be vital to generate new jobs, new industries and new sources of income for Australia.

The principles of accessibility, affordability and quality remain central to delivering higher education to benefit our students and our nation.

Universities Australia also launched the #fundourfuture advertising campaign, which invites the Australian community to show their support for national investment in universities.

Professor Glover's speech, and the question and answer session with journalists, is available to watch(opens in a new window) in full.

The text of the speech is also available as a download.