Unis must stay at the table on reform 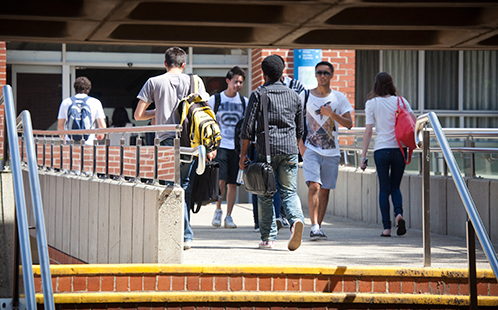 The legislative reform of Australia's higher education and research sector is too important for universities to withdraw their support for compromise, says University of Western Sydney Vice-Chancellor, Professor Barney Glover.

Professor Glover has responded to the Group of Eight's announcement that it would not support further modification of the current reform package, nor countenance other proposals being floated as solutions.

He says that to achieve the best reform outcome in the national interest it is critical that all options and all stakeholders – Go8 included – remain at the table.

"It is critical that Government and the sector work together to consider the full range of proposals with regard to the sustainable funding of Australian universities," Professor Glover says.

"This should include a reasoned discussion on the balance of private investment and public contributions to higher education. Major reform decisions made with reference to public-private benefit must be drawn from a broad evidence base."

"Both Government and the Opposition need to rule out cuts to university funding. Progressive reform cannot be achieved amidst the threat of funding cuts," he warns.

He also called for clarity, from both sides of parliament, on the issue of caps.

"Labor, in particular, needs to reaffirm its support of the demand driven system," says Professor Glover.

"This progressive policy, implemented by Labor and maintained by the Coaltion has proven to be incredibly successful in lifting Australia's productivity and competitiveness through broader access to education.

"It is entirely reasonable that political agreement on these issues can be achieved. From that common ground the imperative of sustainable funding can be addressed, without any need for costly and unnecessary reviews, nor intransigent debate."