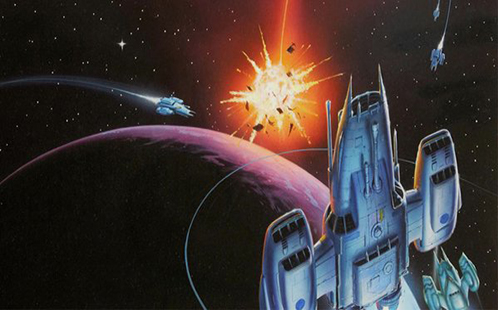 The following opinion piece, by Omar Mubin, from the School of Computing, Engineering and Mathematics was first published by The Conversation.

Our expectations of technology in the real world are often fed by our perception of science fiction content. This is the case for children in particular.

More recently, researchers and designers of interactive technologies (the area of Human Computer Interaction or HCI) have been inspired by science fiction as a means to create novel devices, products and systems that change traditional ways of doing things or using technology.

It has been argued that the multi-million dollar success of the 2002 movie Minority Report (inspired by the 1956 short story by Philip K Dick) has influenced the development of multi touch interfaces, such as smartphones, interactive tabletops and holographic/mid-air interfaces.

The Personal Access Display Devices (PADD) depicted in Star Trek television series many years ago closely resemble the tablet computers of today. This is just one of many Star Trek technologies to make it to the real world.

The smart watches and other similar intelligent wearable devices have been portrayed in several television series and movies such as Star Trek, Knight Rider and Back to the Future II.

From fiction to reality?

So are we correct to expect that any technology represented in science fiction will eventually find its way in the real world and be a success?

Hoverboards, such as the one in Back to the Future II and III, are technologically highly advanced but are still not practical. Is this an instance of the marriage between technology and fiction going wrong?

We believe part of the contradiction between real and fictional technology is due to certain hardware and software limitations. There is also the assumption that just because all fictional content is popular and preferred by humans, it should be incorporated into the devices of the real world.

This is not always the case as it leads to a breakdown in expectations between user and technology. Researchers need to be slightly more conscious and informed in how they extract product design implications from science fiction.

Robots are slowly penetrating into all walks of life, automating various tasks and assisting humans in social contexts. The robots of today are able to accomplish intelligent actions and make rational decisions.

These particular traits are widely presented in fictional robots. But the difference between real and fictional robots is the level of consciousness, autonomy and physical look.

Many fictional robots are shown to acquire emotions and other human capabilities as in the movies Chappie, Transformers and Terminator.

Science fiction has often striven for characters that are highly anthropomorphic and indistinguishable from humans, such as in the Bicentennial Man, Blade Runner and Surrogates.

Movie directors take advantage of the human tendency to create bonds and anthropomorphise fictional characters. This is also known as the Media Equation. Clearly movies that involve anthropomorphic and humanlike robotic characters generally do well in ratings and box-office success.

The popularity and proliferation of humanlike, anthropomorphic beings is not only restricted to Hollywood. They feature in international movies too including Bollywood. In the two mega hits Enthiran and more recently PK, both movies involved a highly anthropomorphic being or android as the main character.

Unfortunately real robots are nowhere close in terms of being able to generate humanlike abilities as their fictional counterparts. But is this a blessing in disguise?

Research extending from Hiroshi Ishiguro's Geminiods has shown that very humanlike robots are known to create a sense of aversion in humans.

Our research on the comparison of the human perception of real and fictional robots has also indicated that humans disassociate fictional content from real world content.

Our results show that anthropomorphism is preferred more in fictional robots as compared to real robots. Studies in human-robot interaction have demonstrated that humans prefer real robots to be discrete and not invade their private space; with some researchers speculating intimidation towards large robots to be the reason for this discomfort.

We believe that it may be more beneficial for robot designers to separate form from function and strive for robots that carry out and complete tasks rather than pushing for human like resemblance.

It's something that HCI researchers and science fiction authors hope to explore further at a research workshop at the Australian Conference on Human-Computer Interaction conference, in Melbourne on Monday December 7, 2015.

Clearly science fiction can be a source of inspiration for new technology. But we need to be mindful as to how people react to and evaluate any fictional content to determine what aspects of that are the most and least desired in the real world.