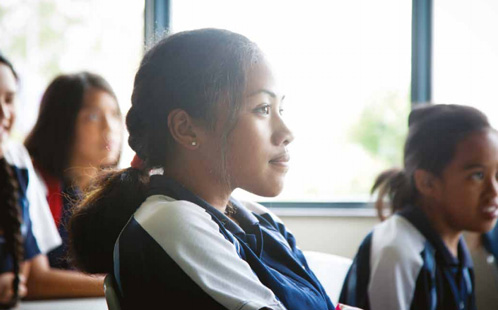 A University of Western Sydney report has shed light on the Pacific community in Australia, a largely ignored sector of society similar to other migrant working communities around the world.

Based on census data, the report shows Pacific communities are overrepresented in low paid jobs, are less likely to go onto higher education, and many are unable to access government services as they aren't citizens.

The author of the report, Dr Jioji Ravulo, says Pacific people are a vibrant and youthful part of an ageing Australian population, but they are often unable to make long term plans to achieve their dreams.

"Many in the Pacific communities are trapped in low paid, short term jobs to support their larger families," says Dr Ravulo, from the UWS School of Social Sciences and Psychology.

"Many can't access the social security benefits or the loans they need to further their studies and build their skills to secure higher paid, more stable jobs."

"To help the Pacific community reach its potential, we must provide better access and support to vocational and career opportunities,"

Key findings of the report, Pacific Communities in Australia, include:

Dr Ravulo says the report will assist researchers, educators and community groups to better respond to the needs and strengths of Pacific communities in Australia, whilst working collaboratively on developing positive strategies towards solutions.

"It is hoped that we will continue to celebrate the richness that comes from understanding diverse and emerging groups in Australia, who greatly contribute to our identity as a nation," he says.