Seven-year sentence for insider trading unlikely to deter others 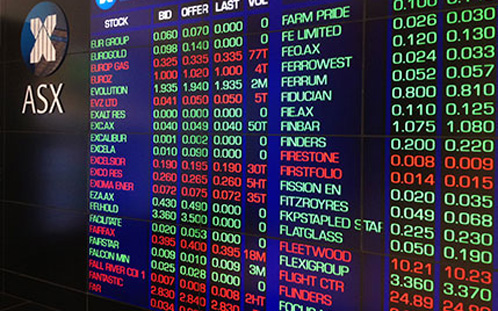 The following opinion piece, by Professor Michael Adams, Dean of the School of Law, was first published on The Conversation website.

The seven-year sentence for insider trading handed down by Justice Hollingworth of the Victorian Supreme Court yesterday is one of the harshest imposed on a white-collar criminal in living memory.

One of the offenders, former NAB foreign exchange trader Lukas Kamay, received confidential information on labour force and retail sales figures from his friend, Christopher Hill, who worked at the Australian Bureau of Statistics. The original investment by Kamay was only A$1,000 on August 13, 2013 and by May 9, 2014 was worth A$6.98 million. Tipster Christopher Hill received A$20,000 from Kamay for the confidential information and the court imposed a lesser sentence of three years and three months.

In her sentencing, Justice Hollingworth said she wanted to deter other young people in the corporate world from engaging in criminal conduct.

White-collar crimes tend to receive much lower criminal sentences than other crimes, such as armed robbery or assault. The major enforcer is the Australian Securities and Investments Commission (ASIC) working with the prosecutor, the Commonwealth Director of Public Prosecutions (DPP). Although ASIC has been successful in over 90% of litigation, in the last five years an average of just 14 people were sent to jail each year for all corporate crimes.

Over the last 20 years, the majority of people caught for insider trading have not made much money out of the transactions and have been accidentally investigated by a tip-off or as part of a broader investigation. So the fact that Kamay received a $7 million profit is significant. But other NAB rogue traders, David Bullen and Vincent Ficarra in 2006 reportedly caused the bank to lose A$160 million. Bullen received an effective sentence of 44 months, while Ficarra was given a term of 28 months.

Between 1973 and 2000 only 17% of insider trading cases in Australia were successful, according to research conducted by Professor Ian Ramsay and colleagues. This rate rose to 65% between 2001 to 2013. Only 3% of convictions led to a sentence exceeding three years and 27% of convictions resulted no jail time at all. Other high profile cases have included Steven Xiao with 104 charges netting A$1.4 million; John Gay in 2013, netting $800,000 and John Hartman in 2010, who made A$1.9 million. In 1999, the author and finance professor, Mark Freeman published findings that 5% of all trades on the stock market are tainted with insider trading.

The Corporations Act does impose a severe penalty for insider trading, when compared to all other crimes included within the corporations' legislation. The maximum penalty for an individual (compared to a company) is imprisonment for up to 10 years or fines - up to the greater of A$765,000 or three times the benefits obtained. This depends on whether the court can determine the total value of the benefits that have been obtained by one or more persons and are reasonably attributable to the commission of the offence.

For companies the fine can be the greater of A$7.65 million, three times the total value of the benefits obtained, or 10% of the body corporate's annual turnover during the 12-month period in which the offence was committed. Professors Ayres and Braithwaite research on regulatory enforcement (1992) provides the 'pyramid of enforcement', which has criminal sentencing at the very top of the regulators toolkit.

In practice, it is very hard to obtain a conviction, unless the defendant pleads guilty, as Kamay did. Under the law, three main contraventions of the Act relating to insider trading are found in section 1043A:

The bigger question is whether this maximum penalty and the sentence imposed on the particular facts of Kamay and Hill would have any impact on other potential insider traders.

The judge said "the crimes were motivated by pure greed and the DPP was right to describe the conduct as the 'worst instance of insider trading to have come before the courts in this country."

However, it is unlikely to really deter future insider traders. They will either not evaluate the risks of being caught or think they are smarter than the regulators or internal controls of the large corporations that employ such traders. Reducing the opportunities for crime to occur are a critical part of a two-stage crime prevention process developed by Professor Richard Wortley in 1998.

Insider trading and market manipulation are not just about the issue of trust and making an unfair and secret profit. The larger problem is one of market confidence and as such all listed companies, financial institutions and the regulators have a strong onus and commitment to detect and prevent insider trading.

The use of technology is making it easier and quicker to identify suspicious transactions and this has to be a positive for the whole of the Australian securities markets.