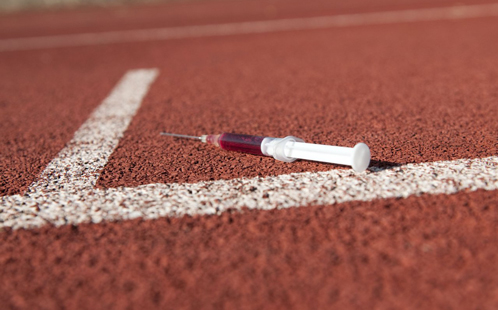 The release of the World Anti-Doping Agency (WADA) report into drug use by athletes recalls the dark days of state-sanctioned doping in the German Democratic Republic, according to a Western Sydney University expert.

WADA's Independent Commission (IC) has recommended the Russian Athletics Federation be suspended after widespread doping offences and systemic failures.  If this occurs, Russian athletes will probably miss the 2016 Rio Olympics.

Professor David Rowe, from the Institute for Culture and Society, is the author of Sport, Culture and the Media: The Unruly Trinity and editor of Sport, Public Broadcasting, and Cultural Citizenship: Signal Lost?

"In 323 revelatory pages, the IC's Final Report has it all – athlete doping; involvement of doctors, coaches, laboratory scientists, sport officials, bureaucracies, politicians and even the security services; and extortion and intimidation for good measure. INTERPOL is already on the case," he says.

"For those who recall the dark days of state-sanctioned athlete doping in the German Democratic Republic (East Germany), the current scandal has a disturbingly familiar feel."

Professor Rowe says it's been a vintage year for sport corruption scandals, two of which have become the biggest stories of their respective news days.

"But FIFA  does feature in one part of the Report, when the IC met Vitaly Mutko, the Russian Minister of Sport, in Zurich on 22 September 2015 at the Hotel Baur au Lac."

"This was the same luxury hotel at which the famous FIFA arrests occurred in May this year, with obliging hotel staff holding up bed sheets to shield their FIFA guests from the prying eyes of the world's media."

"Minister Mutko was, according to the Report, 'in Zurich primarily to attend FIFA meetings relating to the 2018 World Cup'. He will need a lot more than hotel bed sheets to protect him from the scrutiny that the Independent Commission has brought to bear on Russian sport and its supporting state apparatus."