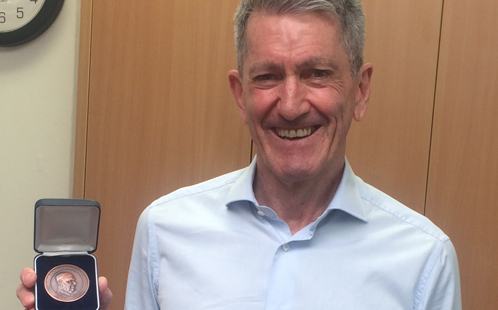 The Director of the Centre for Western Sydney Professor Phillip O'Neill has been awarded the 2015 McDonald Holmes Medal for Geographical Education at a special ceremony in Sydney.

The Geographical Society of NSW awards the MacDonald Holmes medal biennially to a person deemed to have made a distinguished contribution in the field of geographical education in Australia.

Professor O'Neill was recognised for his role as a geographical educator in both the tertiary and secondary sectors.

During his career, Professor O'Neill has been a Chairperson of several Syllabus Committees, a Chief Examiner at HSC level, and a member of NSW Board of Secondary Education.

At Western Sydney University, Professor O'Neill was the Foundation Director of the Urban Research Centre, a Fellow of the Institute of Australian Geographers and Editor-in-Chief of Geographical Research.

He is currently the Director of the Centre for Western Sydney, a new initiative to forge partnerships with government and the local community to address the region's growing research and policy needs.