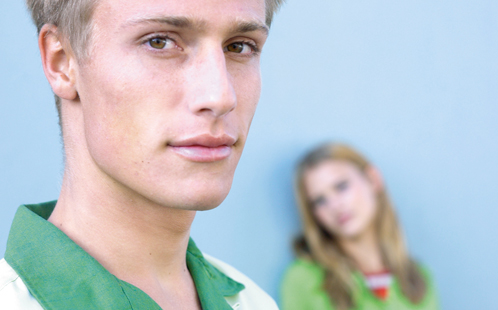 People looking for love are more focused on avoiding negative traits than discovering positive qualities in their new partner, according to research from Western Sydney University.

Researchers collected data from over 6,500 people to identify relationship dealbreakers, in partnership with the Kinsey Institute of Sex Research, the University of Florida, Singapore Management University, and Rutgers University.

Lead author, Dr Peter Jonason, from the School of Social Sciences and Psychology, says taking on a bad partner viewed as a bigger risk than foregoing the opportunity to secure a good partner.

He says avoiding a potential romantic dud is an even bigger concern for women, and people in committed relationships."

"This is because women risk more socially and biologically than men when engaging in romantic and sexual relationships, and their decision-making is often more rigorous to protect them from these risks," says Dr. Jonason.

"People already in committed relationships have more to lose by considering an alternative partner, which means they set the bar higher."

The research, published in the Personality and Social Psychology Bulletin (opens in a new window), draws on a collection of six studies surveying university students, volunteers, and adult community members.

Researchers asked university students to list the traits they considered dealbreakers when considering both short- and long-term relationships.

In a separate sample, participants rated how big a problem each of these negative qualities would pose in a relationship.

Dr Peter Jonason says the way we choose partners is influenced by psychological mechanisms that have evolved to direct human survival and reproduction to seek benefits (i.e., dealmakers) and avoid costs (i.e., dealbreakers).

"Previous research has shown men may desire physical attractiveness in women because it is an honest cue to health and fertility, whereas women may seek social status in men because it signals their ability to provide the resources critical for offspring survival," says Dr. Jonason.

"What our study shows is that traits signalling a bad partner may have actually evolved to be more salient and important than positive traits, especially during the initial stages of attraction and relationship formation."