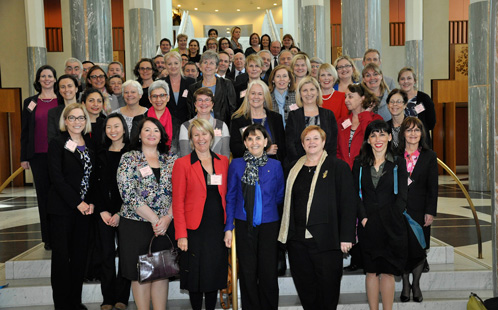 Western Sydney University is joining 31 other science organisations and universities in an Australian wide pilot program to improve the promotion and retention of women and gender minorities in Science, Technology, Engineering, Mathematics and Medicine (STEMM).

The Athena SWAN charter began a decade ago and has since grown to include members from nearly every STEMM education and research institution in the UK.

Western Sydney University is proud to join 31 organisations for the Australian pilot, including universities, medical research institutes and the CSIRO.

The program will rate the gender equity policies and practices of participating organisations with a gold, silver or bronze award, and will help Western to develop ways to promote and retain women and gender minorities.

The Deputy Vice-Chancellor & Vice-President (Academic) Professor Denise Kirkpatrick says the program is a wonderful way for the University to continue to promote women in science.

"In an era when scientific and technological advances are so key to the fabric of society and the success of our economy, it's crucial we help remove barriers facing our gifted young Australians."

"Promoting and retaining women and gender minorities in STEMM disciplines will help build a larger, more skilled workforce equipped for the jobs of the future."

Professor of Biology and Education Strategy Pauline Ross is the Western Sydney University leader in this initiative.

"Young girls in Western Sydney schools who love STEMM deserve a future of hope, where dreams of a science career are plentiful and achievable," she says.