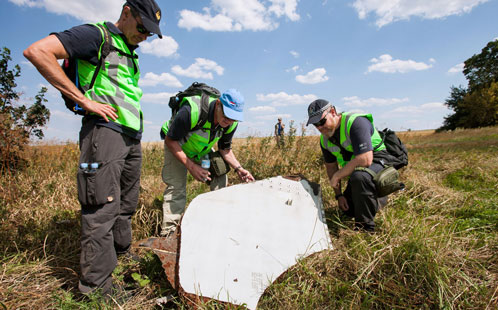 Calls to establish a new international criminal tribunal to investigate the shooting down of MH17 one year ago are likely to fail, according to an international law expert at the University of Western Sydney.

In recent days Australia and other countries have renewed calls for a new international criminal tribunal to investigate the circumstances surrounding the crash of the flight and the loss of 298 lives, including 38 Australians.

However Professor Steven Freeland, from the UWS School of Law, expects such a call to meet substantial resistance.

"It's likely there will be some countries that are not keen to establish another expensive international court," he says.

"More significantly, there is always the distinct likelihood that Russia would exercise its power of veto over any proposed Security Council Resolution to this effect, meaning that the court could not be established."

Added to this, Professor Freeland says a new international tribunal is unnecessary, since the tragedy may be referred to the already existing International Criminal Court (ICC).

"Setting up a new court would further delay matters, since there would be a significant time lag in establishing the relevant infrastructure and appointing the personnel necessary to operate this tribunal," he says.

"By comparison, the ICC is already operating and has significant experience and expertise looking into such matters."

"Obviously we do not have all the facts, but the shooting down of a civilian aircraft during the course of an armed conflict could certainly amount to a war crime in particular circumstances."

Professor Freeland also notes that Ukraine has already referred a related matter to the ICC, and could make an additional reference to include the MH17 incident.

"In April 2014, Ukraine lodged a declaration with the Court asking the Prosecutor to investigate alleged crimes committed on its territory from 21 November 2013 to 22 February 2014," he says.

"It could, if it so wished, lodge a further declaration that also included the events leading up to and including the MH17 downing."

"In essence, the Government of Ukraine already 'know the way' to the ICC and the Australian Government should therefore encourage it to take that path again."