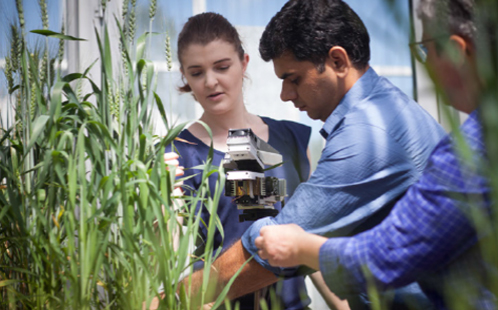 Western Sydney University's Hawkesbury campus will soon host Australia's most advanced agricultural high school, with plans to move Hurlstone Agricultural High to the University in 2020 under an ambitious plan worth more than $35 million announced by the State Government.

NSW Minister for Education Adrian Piccoli and Western Sydney University Vice-Chancellor Professor Barney Glover today officially signed a heads of agreement, proposing to relocate the high school to a new state-of-the-art facility at the Hawkesbury Campus – itself, the site of the first agricultural college in NSW.

A shared university and high school precinct will give school students exposure to the University's world-leading science, agricultural, STEM, and environmental research and facilities, as well as access to the University's extensive tracts of farm land, suitable for both intensive and progressive farming practices. 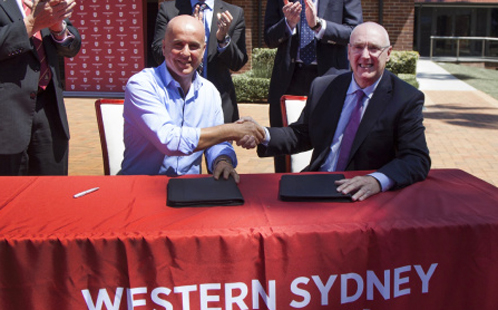 Vice-Chancellor Professor Barney Glover said the University has a long and proud history in agricultural education, dating back to 1891 and the days of the Hawkesbury Agricultural College.

"Today's announcement is the bringing together of two of NSW's most important and long-standing agricultural institutions, representing an important renewal and progression of a proud agricultural education tradition," says Professor Glover.

"Most critically, the infusion of STEM into this selective agricultural model of vertically-integrated education is pivotal not just to the School's success, but to the University, the Western Sydney region, and the broader economy.

"Western Sydney's continued emergence as a key driver of Australia's innovation agenda is largely dependent on the constant flow of high-quality graduates from STEM disciplines. Embedding Hurlstone Agricultural High School within the University's own world-leading research and teaching environment is precisely the way to achieve that outcome."

The $35 million will be used to develop new, purpose-built buildings for the school, which will feature high-tech learning spaces and advanced technologies such as touch sensitive screens, writable walls, breakout pods and full Wi-Fi connectivity. The new school will also incorporate new boarding facilities, playing fields, and outdoor learning spaces to give students a full and enriching high school experience.

According to figures provided by the NSW Department of Education, agriculture is a key driver for the state's economy, contributing $12 billion to NSW, with agricultural exports adding another $5.6 billion. Agriculture and related industries also employ some 65,000 people across the state.

Professor Glover says that as part of the University's own Innovation Corridor economic development strategy, it has consolidated key agricultural, STEM and innovation-themed expertise into an 'Hawkesbury Agripark' at the campus, which includes the Hawkesbury Institute for the Environment, an Intensive Horticulture Greenhouse Technology project, and the development of an Agritech 'LaunchPad' business accelerator in collaboration with corporate and Government partners.

"Hurlstone Agricultural High School is an exceptional fit with our own Hawkesbury Agripark's objectives – significantly enhancing its educational platform in a collaborative and highly integrated way," says Professor Glover.