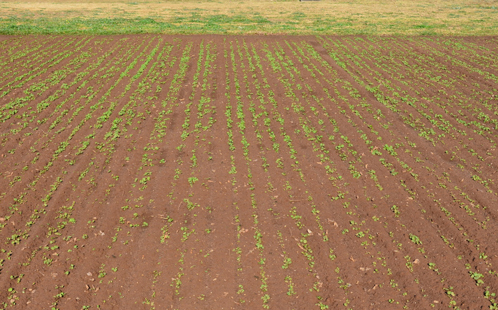 The role of soil biodiversity in promoting human health is underappreciated, and poor land management practices and environmental change are endangering lives needlessly, according to a new Western Sydney University research paper published in Nature (opens in a new window).

Co-authored by Dr Uffe Nielsen from the Hawkesbury Institute for the Environment, in conjunction with Professor Diana Wall of Colorado State University and Dr Johan Six of the Swiss Federal Institute of Technology, the Perspectives Paper (opens in a new window) outlines ten reasons why healthy and biodiverse soils are directly connected to human health.

"We are losing soils and soil biodiversity at a rapid pace, with substantial negative ramifications on human health worldwide," says Dr Nielsen.

"People understand that properly managing soils is key for the global food supply, and that soils are eroding. But less recognized is the role of living organisms in soils, and how management of those organisms benefits human health."

"It is time to properly recognize and manage soil biodiversity to achieve long-term sustainability goals related to global human health, because biodiversity in soils is connected to all life."

Dr Nielsen says a new approach towards soil is needed to recognize their centrality to human health, starting with the UN Sustainable Development Goals, which currently only mention soil in four of 17 targets.

"It is not enough to aim towards improvement of a single benefit related to 'food' or 'air' or 'water' or 'disease' control, because all are simultaneously dependent on soils and soil biodiversity," he says.

The ten reasons healthy soils are crucial in human health and wellbeing: