The first time a British royal came to visit Australia he was shot. Prince Alfred survived the assassination attempt in 1868 and Royal Prince Alfred Hospital was named in his honour.

It was an inauspicious beginning to royal tours of Australia but a century and a half later the nation is still constitutionally wedded to the British monarchy. Prince Charles – the future King of Australia – finished, on Sunday, his 15th visit to the country. While there have been no assassination attempts, nor has there been the outpouring of adoration that marked the Queen's inaugural visit in 1954.

Why is Australia still attached to the monarchy? In his new book Australia and the Monarchy (opens in a new window) (2015) journalist and historian David Hill notes the seeming irony of a:

Following the close but unsuccessful republican referendum (opens in a new window) in 1999, the notion of replacing the British monarch with an Australian head of state has fallen largely off the national radar.

How is it that Tony Abbott's reintroduction of knighthoods (opens in a new window) was mercilessly lampooned and yet the equally medieval and anachronistic concept of hereditary monarchy is accepted?

The answer lies partly in cultural nostalgia. For much of Australian history Britishness and Australianness have been fused together in a dual identity. Australia's most significant early prime minister, Alfred Deakin, articulated this nationalism as "independent Australian Britons". Even in 1954, the Sydney Morning Herald declared (opens in a new window):

Australia is and always will be a British nation whose greatest strength lies in the traditions she has inherited from England.

This collective nostalgia for the British connection was exemplified by John Howard, who argued passionately against Paul Keating's attempts to cut the last remaining constitutional links and to reimagine Australia as an independent nation in the Asia-Pacific.

Keating's now famous 1992 "cultural cringe (opens in a new window)" speech in federal parliament crystallised a larger national debate. Were the 1950s – with the Menzian attachment to monarchy – a "golden age" as Howard had claimed?

Cultural nostalgia certainly explains some of the modest enthusiasm for Prince Charles on this recent visit. Around 50 – 100 well-wishers attended most public events.

Renae Williams, for example, waited with her daughter for over six hours to see Charles and his wife, Camilla, in Adelaide last week. She told the Sydney Morning Herald (opens in a new window) that:

When I was little I met Diana [Princess of Wales] and that memory stuck with me forever. I'm hoping to do the same for my daughter.

The royal appeal today has more to do with the cult of celebrity than reverence for the institution, built on a foundation of inequality that most Australians reject. This is particularly illustrated with the popularity of Charles' photogenic children and grandchildren.

Even for those with no interest in the royals, there is a sense of constitutional stability, combined with a general mistrust of career politicians, that lends weight to the monarchical catch-cry: "If it ain't broke, don't fix it".

Yet, the recent tour has provided some evidence that a future, un-elected, King Charles does indeed represent a broken system. Essential Research conducted a poll (opens in a new window) commissioned by the Australian Republican Movement that asked 1,008 voters:

When Prince Charles becomes King of Australia, will you support or oppose replacing the British monarch with an Australian citizen as Australia's head of state?

51% of responders supported moving to a republic. Only Australians born before 1953 have lived under a different monarch, and it would seem much of the cultural nostalgia is tied to the Queen personally rather than the monarchy or a lingering sense of Britishness.

ALP Leader Bill Shorten and Greens leader Richard Di Natale are both firmly committed to an Australian republic. The Australian Republican Movement has had a membership surge following the appointment of influential writer, and former Wallaby, Peter FitzSimons as chair.

With Malcolm Turnbull — also a former chair — now prime minister, it would seem a perfect republican storm is building, but all may not be what it seems.

Turnbull's first priority is to heal some of the fresh wounds from his recent coup (opens in a new window) that saw him wrestle Liberal leadership and the prime ministership from avowed monarchist, Tony Abbott.

He has reaffirmed his personal republican position, but has given no indication it will be a priority for his government. Senior political correspondent Sophie Morris suggested in the latest Saturday Paper that Turnbull has given up altogether (opens in a new window) on the issue that brought him such heartache in 1999.

Turnbull, as with Rudd and Gillard before him, has thrown the onus on the Australian Republican Movement and the people at large, suggesting there must be a public groundswell of support before he acts. History suggests this is unlikely with complicated constitutional debates and a topic that is crucially important from a symbolic point of view but has little bearing on everyday lives.

The 1990s movement was not the result of initial public enthusiasm. Of course, individual republicans played their part, not least Turnbull, but it was largely the initiative and leadership of Paul Keating which stoked the flames.

Using his clout as prime minister, Keating established the Republican Advisory Committee in 1993 and elevated the issue from niche lobby interest to national significance.

No referendum has ever passed without strong prime ministerial support. Arguably the Liberal landslide of 1996 that saw Keating, the most pro-republic prime minister in our history, replaced by Howard, the most pro-monarchy — until Abbott — was what really sunk the movement.

As things stand, despite the best efforts of FitzSimons and the Australian Republican Movement, Charles' next trip to Australia may well be as its king.

Strong and consistent republican support from the prime minister is the missing ingredient to restart the national discussion. In his memoir of the failed referendum Fighting for the Republic: The Ultimate Insider's Account (opens in a new window) (1999), Turnbull expressed confusion and frustration that Howard would not use his prime ministerial power to see in a safe, minimal change republic.

That power is now in his hands if he chooses to use it. One thing that remains evident is that an Australian republic is anything but inevitable (opens in a new window). 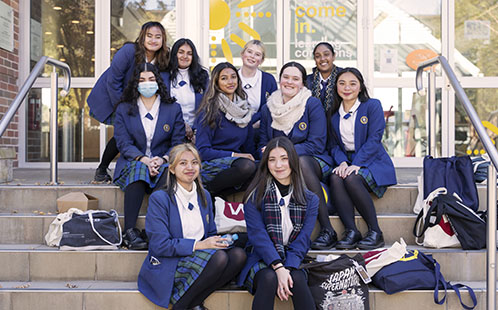