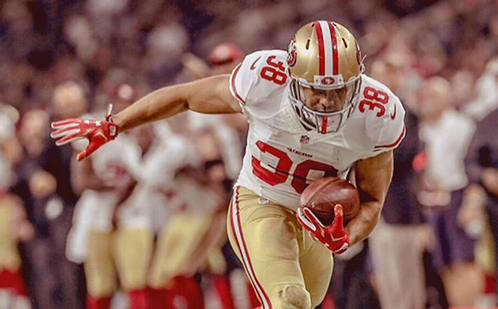 Jarryd Hayne's potential switch to the NFL highlights how some international athletes can now control their financial destiny with strong performances, but there are many athletes particularly from developing nations who are still at risk of exploitation, says a sports industry expert from Western Sydney University.

"Many aspiring Africans have been trafficked to Europe and left on the streets when they fail to make the grade. This exploitation of developing countries has been described as 'social and economic rape' by FIFA," says Mr Parry.

"This stands in stark contrast to athletes from developed countries, such as Hayne, who now have increased autonomy of movement and employment."

Mr Parry is currently examining the creation of sports heroes and the nature of international sports fandom.

He says the increasingly cosmopolitan nature of international sport is highlighted by the fact Hayne recently caught a punt from fellow Australian Tom Hornsey, marking the first all Australian punt return in the NFL.

"Hayne is a good example of how athletes are increasingly choosing to cross the globe in search of employment overseas," says Mr Parry.

"In the past, migration patterns typically saw countries at the core of capitalist sport using their economic superiority to recruit cheaper talent from peripheral countries, for example the migration of baseball players from the Dominican Republic to play in the American MLB".

"Yet in the highly competitive world of modern day sport, many athletes can now travel across international borders in a fair way to sell their services to the highest bidder."

Mr Parry says despite the increased globalisation of the professional athlete market, Hayne's decision to switch to American football is unusual.

"The NFL lacks this global culture and continues to have an overwhelming majority of American born players. However, like the AFL, foreign imports from other sports are now popping up in the League," he says.

"Should Hayne succeed and be signed by the San Francisco 49ers, it will spur a new generation of Australian athletes to consider their international options among sports not widely played in Australia."