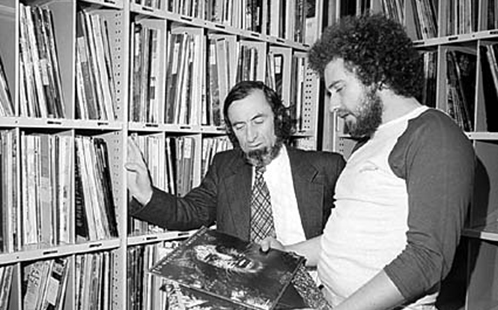 To mark the 40th birthday of 2JJ – now Triple J – media and popular music historian Dr Liz Giuffre from the Centre for Media History at Macquarie University will be speaking at a free public forum being hosted by the Whitlam Institute within the University of Western Sydney.

Members of the public are invited to attend the forum, which is being held on Monday 19 January at 11am at the UWS Parramatta campus, to coincide with the 40th anniversary of that auspicious first broadcast.

On January 19, 1975 the first broadcast of 2JJ – a Sydney-based radio station established by the Whitlam Government – opened with a bang, exploding with the sound of Skyhooks' You just like me 'cause I'm good in bed.

The small studio in Sydney's Kings Cross from which 2JJ broadcast may have at first appeared unremarkable, but its announcers were enthusiastic, with the playlist aimed at supporting the diversity of the Australian music scene.

Importantly, the station's pioneering news and current affairs coverage explored the realities of young people's experiences in Australia, and it was clearly focused on developing a dedicated space for young people to engage in and with the media.

These beginnings have shaped young people's participation in the media ever since.

The forum is co-presented by the Centre for Media History at Macquarie University and the Whitlam Institute within the University of Western Sydney, with the support of Triple J.