The Writing and Society Research Centre at the University of Western Sydney is pleased to announce two Doctor of Creative Arts students have been shortlisted for 2015 NSW Premier's Literary Awards.

Michael Mohammed Ahmad has been shortlisted for the UTS Glenda Adams Award for New Writing for The Tribe, a collection of three novellas portraying life in an extended Muslim Lebanese-Australian family.

Also nominated is Luke Carman for his debut novel An Elegant Young Man, a collection of monologues and stories set in Western Sydney. 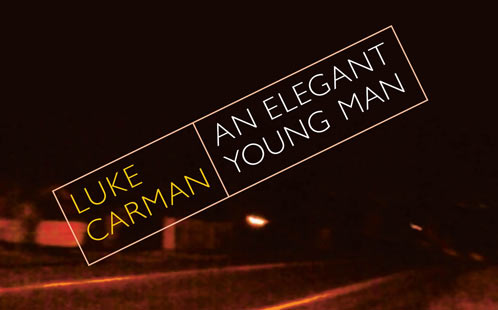 Both of these books are issued by Giramondo Publishing, an independent publisher at UWS focused on creative and interpretive writing by Australian authors.

The announcement comes as fellow Giramondo author Gerald Murnane is shortlisted for the Christina Stead Prize for Fiction for A Million Windows.

In addition, two poetry books published by Giramondo, Devadatta's Poems by Judith Beveridge and Unbelievers, or the Moor by John Mateer, were shortlisted for the Kenneth Slessor Prize for Poetry.

Giramondo publisher Ivor Indyk has paid tribute to all the nominated writers, and says The Tribe and An Elegant Young Man have put Western Sydney on the literary map.

"Mohammed Ahmad and Luke Carman have made a valuable contribution to the literature of Western Sydney, and Australian literature more generally, and I am particularly pleased they are now receiving such wide recognition," he says.

The NSW Literary Award judges say Michael Mohammed Ahmad creates a deceptively simple blend of immediacy and authorial knowingness through scenes that are rich with realistic detail, empathy and humor.

"One of an impressive new generation of writers of immigrant background, Ahmad portrays a part of society and outer-suburban life that have been newsworthy yet little understood," the judges write in their comments.

"This family belongs to a small Muslim sect, and is shaped by a variety of religious, cultural and generational pressures."

"But this is not sociology, it is a group portrait of complex individuals written in lively colloquial language with a dash of grandeur that situates them with dignity in the history of humankind."

In their comments for An Elegant Young Man, the judges say Luke Carman's collection of stories heralds a new, edgy and brilliant voice in Australian fiction.

"Here we have a portrait of the artist as a young western Sydney man, failing repeatedly the machismo tests set by the street thugs and dealers of suburbs with the postcode 2170," the judges say.

"Through his unpretentious, playful stream-of-consciousness, the protagonist charts his own odyssey from Liverpool Boys High and the western suburbs to the more genteel, sophisticated inner west."

"Carman offers a cartography of the multiracial — and at times violent and drug-and-booze fuelled — neighbourhoods of western Sydney, and a map of the protagonist's reading life."