Elderly more trusting when it comes to heeding investment advice 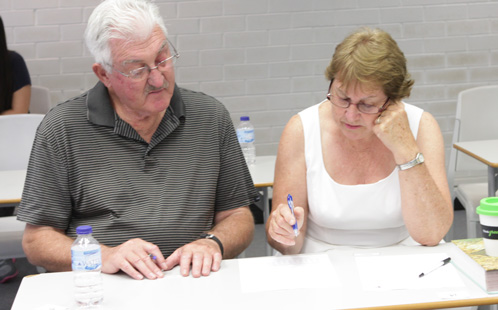 When it comes to money, a new study has shown that older people's more trusting natures can sometimes get them into financial trouble.

New research has found that as we age, we are less likely to be concerned with someone's reputation for being untrustworthy when it comes to financial advice.

The research, part of an ongoing study, was conducted by Dr Phoebe Bailey from the UWS School of Social Science and Psychology. The findings were recently published in the journal Cognition and Emotion (opens in a new window).

Dr Bailey says the purpose of her research is to study the ways that older members of the community use information to make decisions, and how their minds process financial incentives and risks. She hopes it will lead to the development of procedures that protect people who are most at risk of poor decision-making.

Participants in Dr Bailey's study took part in a series of one-shot economic trust games where they invested real money with trustees.  There were two manipulations used in the study: facial appearance and reputation of the trustees.

But, she says it is clear more research is needed to determine the reason for the differences in the results.  She is looking for volunteers aged 18 years to  90-years-old who are willing to participate in further studies.  Completion of the research tasks involved take approximately one to two hours and light refreshments will be provided. Participants will also be provided with $20 per hour reimbursement for any out-of-pocket expenses.

For more information or to participate in the UWS research project, contact Dr Phoebe Bailey.

The research protocol was reviewed and approved by the UWS Human Ethics Research Committee.