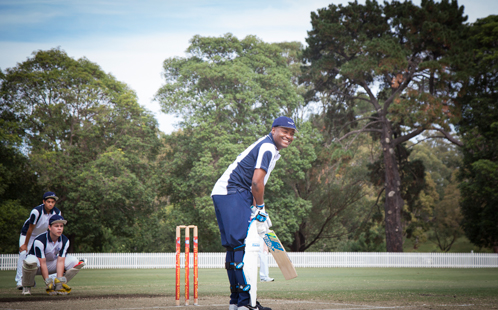 Hundreds of cricket fans flocked to Parramatta to see West Indian star Brian Lara showcase his skills at a community event hosted by the University of Western Sydney.

Lara joined members of the public and celebrity players including Sydney Roosters stars Anthony Minichiello and Braith Anasta for the special match at the Old Kings Oval.

Lara then took to the field for both teams in the match, showcasing the skills that won him the Wisden Cricketer of the Year award in consecutive years and the status as one of cricket's true legends. 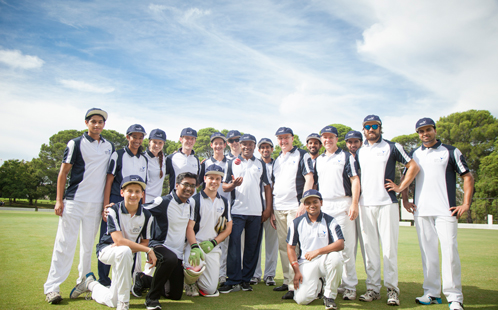 Following the game was the 'Sayonara Brian Lara' event, where members of the public had the chance to try and bowl out the West Indian star.

"This community cricket event was a wonderful opportunity for everyone to connect and celebrate Brian's generous support for UWS," says Dr Joe Collins, Executive Director of Advancement and Alumni, which organised the event

"Today we have had an outstanding celebration with our students, alumni, business partners, donors, staff and the charities UWS supports through staff giving".

"We also enjoyed amazing cooperation and support from the police, St Johns Ambulance, Lions Clubs and a large contingent of kids from local schools." 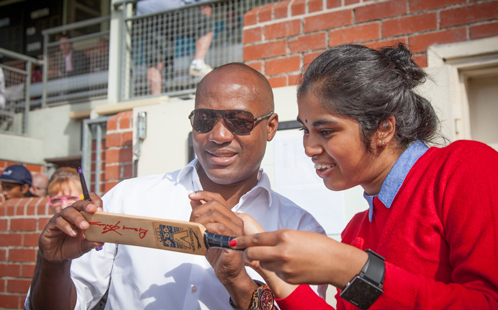 Funds raised from the event will be used to support UWS Community Scholarships and create opportunity for excellent students who may not otherwise be able to attend university.