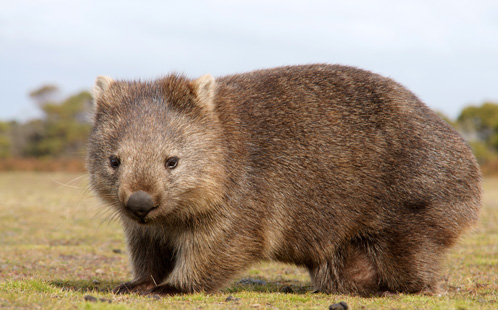 As wombats fight for survival against a deadly skin disease that kills in months, University of Western Sydney scientists are asking Australians to help take a census of wombats using an innovative new app.

WomSAT, launched by the University of Western Sydney, allows everyday citizens to report wombat sightings and record the animal's health.

Chief investigator on the project, Associate Professor Julie Old, says wombats across the country are under threat from a parasitic mite which causes sarcoptic mange.

The mites initially burrow into the skin causing the wombats to become itchy. In the longer term, they are likely to become blind, deaf and die due to the secondary effects of the infestation. Early physical signs of the infestation include missing patches of fur and scratching.

"Wombats across eastern and southern Australia are dying in the thousands because of this deadly disease," says Associate Professor Old, a biologist from the UWS School of Science and Health.

"To fully understand the challenges facing wombats and ensure their future survival, we need to take a comprehensive census of wombat numbers, their distribution and their health."

"And the best way to adequately monitor the vast and often remote habitat of wombats is through the eyes and phones of millions of Australians."

UWS is calling on everyone around the country to join the fight by using WomSAT, a new website and app allowing anyone to easily record the exact location of a wombat using a phone's inbuilt GPS.

The app and website have images and text to guide people on how to identify the wombat and how to visually diagnose mange.

"It's likely these wombats are venturing out during the day to spend more time foraging to compensate for the energy used scratching."

"By taking the time to log onto WomSAT every time a wombat is spotted, Australians can participate in science and help monitor the population and alert experts about changes and threats to the population."

The WomSAT website is hosted by the NSW Department of Primary Industries.