Bali 9: the AFP got its priorities wrong 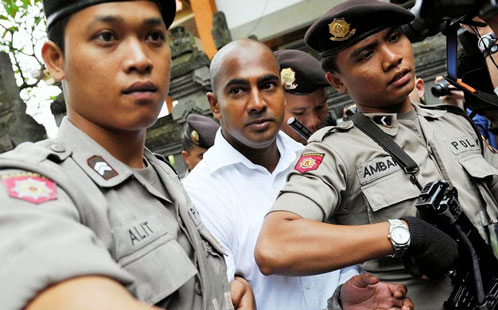 The following opinion piece, by Dr Catherine Renshaw from the UWS School of Law, was first published on ABC The Drum (opens in a new window).

Even before the press conference, we knew that the Australian Federal Police (AFP) acted in accordance with Australian law when they enlisted the cooperation of the Indonesian National Police to investigate the Bali Nine's drug-trafficking activities.

The issue was considered by Justice Finn in the Federal Court in Rush v Commissioner of Police (2009). During the press conference, however, AFP Commissioner Andrew Colvin and Deputy Commissioner Mike Phelan explained that not only had the decision been legal and according to the guidelines on police-to-police cooperation as they existed at the time, but the decision was also right.

The Deputy Commissioner said that if the same fact scenario presented itself today, he could not guarantee that he would not make the same decision again.

The fact scenario, confirmed by the AFP, was this. In 2005, the AFP conducted surveillance of members of the Bali Nine, based on the suspicion that certain Australians were part of a drug trafficking syndicate. But the AFP lacked sufficient evidence to arrest anyone before they left Australia.

The AFP requested the assistance of the Indonesian National Police (INP) to gather evidence and keep suspects under surveillance while they were in Indonesia. The AFP did not request that the INP permit members of the Bali Nine to return home to Australia so that they could be arrested on Australian soil while in possession of drugs. Operationally, permitting the drug traffickers to return to Australia was risky. The evidence (the heroin) could have been passed off or lost at the airport.

Deputy Commissioner Phelan said that the decision was one that he has agonised over. But, as he explained, he has seen the misery that drugs cause. The AFP is charged with executing anti-drug trafficking law to the best of its ability and this is what it does. Split-second operational decisions are made in good faith in the best interests of the community. It is not always possible to predict how decisions will play out.

This is an explanation that is unlikely to satisfy the families and supporters of Andrew Chan and Myurun Sukumaran.

The AFP has confirmed that in the difficult balancing act between achieving law enforcement objectives and exposing people to the risk of execution under the death penalty, it is the former that will take priority. But there is a strong case that under international law, as a country that has abolished the death penalty, Australia is under a duty not to expose anyone to a real risk of its application. The UN Human Rights Committee held precisely that in the 2003 case of Judge v Canada.

Catherine Renshaw is a senior lecturer in the School of Law at the University of Western Sydney. Her research focuses on human rights and democracy in Southeast Asia.