As the uni year gets underway, meet the students on the pathway to success 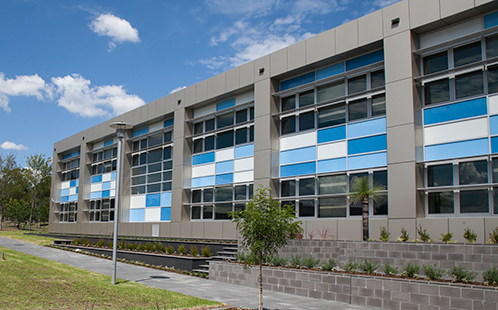 A bright new academic year has begun for the thousands of students who are getting their chance to succeed at uni thanks to the University of Western Sydney's pathways program, UWSCollege.

UWS Vice-Chancellor, Professor Barney Glover, says the University is incredibly proud of its UWSCollege initiative one of the biggest pathways programs of its kind in Australia.

"UWSCollege is an important part of the University's strategy to increase higher education participation, particularly for those from across Greater Western Sydney and those from lower socio-economic backgrounds," says Professor Glover.

"At its core, UWSCollege is about giving hard working, aspiring students a break. We recognise that university entrance ranks are not always the best measure of ability.

"By providing a supportive learning environment, students who would otherwise be denied higher education are given the chance to gain a place into the second year of a university undergraduate degree following their successful completion of a UWSCollege diploma program.

"It is a great example of the balance that can be achieved between equity and excellence under a Demand Driven System. Since 2008 over 5,000 predominately low-ATAR students have successfully transitioned to university study from UWSCollege."

UWSCollege students have the same access to the University's standard teaching and course delivery structures, but they benefit from smaller class sizes, more intensive support, closer monitoring, and if necessary, specialist intervention.

The results speak for themselves, with UWSCollege experiencing high levels of satisfaction, retention and progression rates, and academic achievement amongst its students.

"The University's own evaluations reveals students who transition to the second year of a UWS degree following a year of study in UWSCollege, achieve progression rates equal to their mainstream peers," says Professor Glover.

"On behalf of the UWS community, I warmly welcome all our new UWSCollege students for 2015. We wish them all the very best with their studies. We know they will do exceptionally well."

UWSCollege has been expanded to even more campuses across Greater Western Sydney in 2015, with locations at Blacktown, Westmead, Bankstown, Penrith and Lithgow. UWS plans to increase its UWSCollege enrolments to 5,000 by next year.