Intolerance and blasphemy in the modern world 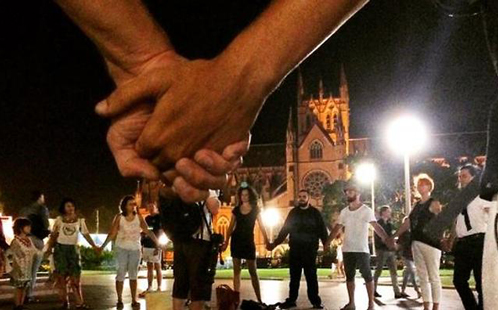 The following opinion piece by Dr Milad Milani, from the UWS Religion and Society Research Centre, was first published by The Conversation(opens in a new window).

The tradition of freedom of expression on religious matters is not quite so venerable as many seem to imagine in the outcry at the killing of Charlie Hebdo journalists and cartoonists in Paris. While modern Western nations do not make blasphemy punishable by death, many had blasphemy laws for centuries. Severe penalties were imposed even in the last century.

In the last successful prosecution in Australia, in Victoria in 1919, journalist Robert Samuel Ross was charged(opens in a new window) with posting blasphemous literature. This took the form of a satirical article stating "Bolshevism has broken out in Heaven; God abdicates." The court sentenced Ross to six months' hard labour for publishing a "vile and indecent attack on Christian Religion".

While this is obviously not remotely comparable to murdering people, it does remind us that societies and cultures evolve, as do various strands of Islam and other religions that shape societies. "Secular Muslims"(opens in a new window) and "secular Christians" are both more tolerant than their fundamentalist brethren, and tolerance of religious offence exists along a continuum that historically crosses religious lines.

Charlie Hebdo stands in a long tradition of French satirical literature aimed at criticising religion, specifically Catholicism. Given that France is home to approximately five million Muslims (opens in a new window), 7.5% of the population, the magazine had turned part of its attention to the Muslim faith in the same spirit.

Muslim nations around the world have condemned the attack as "cowardly", dissociating the act from "true Islam". It is especially important for Muslims to continue voicing their objection to Islamic extremism because they choose peace over violence(opens in a new window) for their religion. As Jenny Taylor, of Lapido Media, said (opens in a new window) "Your religion is not what you say, it is what you do. If you shoot innocent people in the course of their work in the name of God, that is a religious act and you can't deny it."

Actions do speak louder than words and religion is almost always defined in the context of social and political action. It is important, though, to question assumptions that the attack on the Charlie Hebdo magazine and other acts of terrorism is purely religious.

Religion has a long history in world civilisations and its story is not simple or straightforward. Much of religious history is interlaced with social and political history. It is the combination of religion and politics, in particular, that is at play here.

Islam has a long legal tradition that dates back to the ninth century. And its tradition is based on jurist opinion derived from legitimate Muslim sources.

Today, Muslim opinion is as diverse and its enforcement as multifaceted as it has ever been. There are a number of schools of law that distinguish themselves based on their interpretation of tradition.

Also, this division cuts across the broadly defined sectarian divides between two branches of Islam, Sunni and Shi'a. Traditionally, Shi'a are more flexible in attitude toward visual representation of figures of importance to Islam. While Sunni follow scholarly opinion in their Hadith(opens in a new window)collections that forbid the creating of images of humans, nothing in the Qur'an prohibits visual representation.

It would be difficult for any member of the Muslim community to convey an absolute opinion on any matter without recourse to extended dialogue and factual verification.

Certain radical Muslim community figures may incite the populace with their extremist opinion, as British activist Anjem Choudry(opens in a new window) has done. And particular organisations or movements like Islamic State and al-Qaeda have espoused a takfiri (those Muslims who claim other Muslims as apostates) position with their extremist view and subsequent acts of violence. This makes them no more or less "Muslim", but it does make the point that Muslim opinion varies.

What constitutes the opinion of Muslims is in fact laced with social, cultural and political sensibilities.

The Charlie Hebdo cartoons, which do not single out Islam and which are produced and disseminated in a democratic context that permits freedom of the press (and freedom of speech), present two important issues for us to think about.

The first is that the majority of the world's Muslims(opens in a new window) uphold societal values of liberty and freedom of expression. Only a minority Islamist ideology rejects this.

The first issue is compounded by the second, however, which is that an alleged official Muslim reaction to insults aimed at the Prophet is raised. While none of the texts conclusively warrant "payback", Islamist ideology(opens in a new window) appears successful in presenting a view that approves murder as a legitimate reaction to what is considered insults to the person of Muhammad.

The Paris attack demonstrates the now-frightening reach of Islamist militancy in the heart of Europe. It also emphasises the ideological challenge to the values of liberal democratic society by an emerging strand of political Islam(opens in a new window).