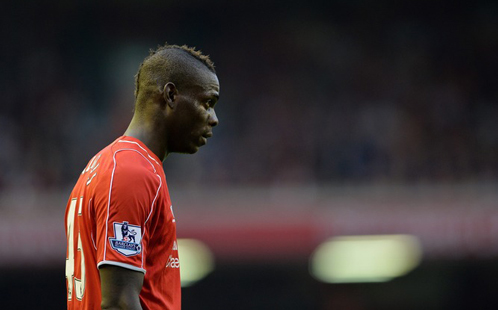 Athletes are increasingly viewed as celebrities and adored by millions. This adoration takes place not only within sports grounds, but now also in online environments. However, the increased virtual presence of athletes continues to have a darker side.

A recent study (opens in a new window) by anti-racism in football group Kick It Out into the social media abuse of English Premier League clubs and players revealed that there had been approximately 134,000 discriminatory posts between August 2014 and March 2015. This equates to an average of almost 17,000 abusive posts per month.

In Australia, players from the Western Sydney Wanderers A-League club faced a variety of forms of abuse during their successful Asian Champions League campaign in 2014. A number of Wanderers players had their social media accounts bombarded with abusive messages (opens in a new window).

Unfortunately, an increasing number of celebrities are subjected to (opens in a new window) this. It is becoming increasingly visible within sport, where such abuse is often classed as "banter" and seen as part and parcel of playing the game. And in an environment where mental toughness is often prized and players look to test all aspects of their opponents or even their teammates, abuse can often be overlooked or even accepted.

Athletes are becoming ever more reliant on virtual environments in order to communicate directly about their lives and their sport. They are some of the most liked or followed celebrities in the world. For example, Manchester United's Wayne Rooney has more than 11 million Twitter followers.

Fans can now communicate directly with athletes, affording unprecedented access to their lives. This bypasses the gatekeepers who may have once controlled the content of the media to which athletes are exposed.

However, it is becoming increasingly evident that there can be a destructive nature to the interaction between fans/followers and athletes in online environments. The virtual maltreatment or cyber-enabled abuse experienced by athletes can be defined as "direct or non-direct online communication that is stated in an aggressive, exploitative, manipulative, threatening or lewd manner and is designed to elicit fear, emotional or psychological upset, distress, alarm or feelings of inferiority."

Four types of maltreatment can be experienced in virtual environments: physical, sexual, emotional and discriminatory. The final type can be further categorised into discrimination based upon gender, race, sexual orientation, religion and disability.

Online maltreatment has a number of negative consequences, which can result in a lasting negative impact on players. Such cyber-enabled abuse can have a significant effect on all aspects of the victim's life – not just their athletic performance.

Based on accounts from athletes in the media, the impact of online maltreatment is extremely broad and can include a range of psychological, behavioural and performance effects. These range from negative impacts on the athlete's self-esteem and/or confidence to sleep disturbances and reduced performance on the field of play. Some are left with no choice other than to remove themselves from social media – or, worse, retire from the sport completely.

Australian swimmer Emily Seebohm has previously spoken about her addiction to social media during the 2012 Olympics. Interactions on Twitter led to increased pressure within the performance environment and proved to be a distraction during her Olympic campaign.

The impact of this interaction on performance was evident through Seebohm's inability to win the gold medal at the Olympics. This demonstrated how social media can distract performers during major events.

In 2014, Sydney Kings basketballer Josh Childress received appalling racist abuse on Twitter. In response, he deactivated his Twitter account and took an indefinite break from social media in order to escape the abuse he was receiving.

Athletes who remove themselves from social media suffer from emotional distress and an inability to rationalise or cope with the interactions they are experiencing. Disengagement acts as a protection mechanism against further harm.

In 2013, 22-year-old Canadian tennis player Rebecca Marino quit the game. She could no longer cope with the negative interaction and abuse on social media – this increased her performance anxiety and had a negative impact on her mental well-being. She felt that fans were "berating" her on social media and that this took a toll on both her and her tennis.

In instances such as Marino's, athletes are forced to withdraw from the sport itself. This impacts on their livelihood. It raises concerns about the legacy of virtual maltreatment long after the athlete withdraws from the sport or social media platforms.

Kick It Out's findings are likely to be only the tip of the iceberg – social media abuse is not confined to any one sport or country. It is far-reaching and should not be tolerated. Online maltreatment can have a significant impact on the health and well-being of an individual, and could lead to long-term mental and physical health problems if left unaddressed.

So far, the human cost has only been on the mental well-being of athletes, resulting in poor performance or withdrawal from the sport. Unfortunately, it may take a more tragic outcome for people to take this form of athlete abuse seriously.