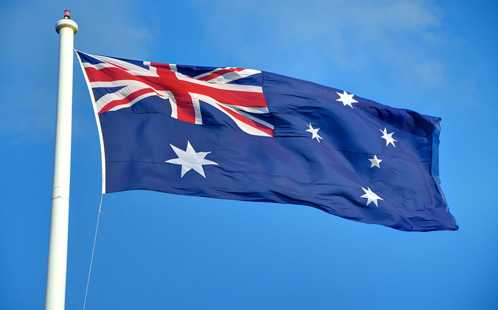 This opinion piece by Dr Shanthi Robertson from the Institute for Culture and Society was originally published in The Conversation.

An often under-addressed issue of regulation is the mushrooming "migration industry"- a complex and transnational web of agents, lawyers, labour recruiters, accommodation brokers and loan sharks. Mostly paid by migrants themselves or by employers, these businesses facilitate much of the migration process.

Accredited Australian lawyers and agents are often above board, but the Department of Immigration and Border Protection (DIBP) lacks capacity to regulate and prosecute the murky international network of formal and informal migration brokers. It is these brokers, as well as employers, who are often complicit in the production of what migration researchers Bridget Anderson and Martin Ruhs call "semi-compliance"- migrants who enter or reside in a country with a legal visa, but are in breach of their visa conditions in some way.

Semi-compliance is a particular concern in temporary migration schemes. Examples include a working holiday maker who works cash-in-hand beyond the six month time limit with one employer, or a 457 visa worker hired as a project manager who in fact ends up doing low-skilled manual or administrative work.

Another common problem revealed in the reports is the falsification of work experience for temporary migrants to gain a permanent visa. These types of fraud not only damage the integrity of our visa system, but also put migrants' workplace rights severely at risk.

But investigating and prosecuting these types of fraud is resource and labour intensive. The leaked Sievers Report highlights the severity of the challenges in an increasingly under-resourced department.

Alongside the stripping of staff and resources from its main investigation offices, the department is unable to pay qualified and experienced staff, leading to a deskilled investigative workforce.

Another key issue is the budgetary pressures on the Commonwealth Director of Public Prosecutions (CDPP), which Sievers believes leads to reluctance by the CDPP to pursue prosecutions from evidence brought forward by the department. This particularly stymies the ability of the department to go after and to deter "high value targets" – the big players in the migration fraud industry – rather than just providing an ultimately ineffective "slap on the wrist" to small numbers of individual migrants and businesses.

The department rightly noted in its response to the leak that some of the more damning reports are several years old and relate to policies that have already been revised. It denies that rorting is systemic and points to a number of recent improvements to integrity measures. The department acknowledges, however, that enforcement will always be a challenging space and that some level of fraud is unavoidable.

The business lobby will always put strong pressure on a Coalition government to keep labour migration fairly flexible, while those concerned about foreign workers' rights and the impact on local workers will push for more careful regulation. But the government can't have it both ways in the battle to balance quality over quantity in the migration system.

For example, the program that seems to provide the biggest "win-win-win" scenario in terms of importing crucial labour, protecting local jobs, and providing opportunity to migrants is the best-practice Seasonal Workers Program (SWP). However, due to the careful vetting and monitoring of employers and the resources required to do so, this scheme is likely to remain very small in terms of numbers.

The leaked DIBP reports should not be a call to begin to drastically cut immigration ad hoc, nor to see all migrants as potentially fraudulent or criminal. The migration program remains highly significant to Australia's overall economic and social development. The frustration of DIPB staff in their lack of capacity to do their jobs is palpable, however, and needs to be addressed with some very careful consideration of how regulatory resources should best be increased and distributed.