The University of Western Sydney's Parramatta campus will welcome hundreds of graduands, their families and supporters at graduation ceremonies to be held on December 17 and 18.

Graduands will receive degrees in disciplines ranging from medicine, nursing, health and science to business at special Summer Graduation ceremonies.

Since being introduced, Summer graduations have become an important part of the University's calendar allowing students needing their conferral to start in the workforce straight away instead of waiting to graduate the following year.

This year, an Honorary Doctorate will be presented to former President of the Australian Medical Association Kerryn Phelps AM in recognition of her contributions to public health, medical politics and human rights issues.

The University also presents Community Awards at each graduation ceremony. These awards formally recognise outstanding individuals within the Greater Western Sydney region for their leadership and/or voluntary contributions to the community.

This year the recipients are:

Maureen Buckley's life changed forever when her first-born child, Tracey Lea, aged one, was diagnosed with Cystic Fibrosis. Tracey Lea died five years later, aged six. A further two of her children died of complications related to Cystic Fibrosis – Adam Thomas was still born at nine months, and Lisa Renee at age 19, two years after having a heart/lung transplant. Maureen and her husband are fortunate to have three children unaffected by the disease. In 2010, after the death of her daughter Lisa, Maureen, together with Lisa's school friends, established the annual fundraising event 'The Best Was Yet To Come' Memorial Picnic. Working tirelessly with local businesses and dozens of volunteers, Maureen has helped to date to raise over $50,000 to support research at the Cystic Fibrosis Foundation. Her next goal is to establish a National Memorial Day for all parents who have lost a child due to Cystic Fibrosis.

Cathy Gault has been recognised for her dedicated work as a Chaplain for the Nepean Public Hospital, Chairman of the Thorndale Foundation, and as a member of the Presbyterian Women's Association (PWA). Cathy is one to encourage others to understand that they need not be limited by their situation or circumstance. In her work as Chaplain at Nepean Blue Mountains Local Health District, Cathy performs dignified ceremonies and counsels people in their deepest moments of need, always listening respectfully and helping wherever possible. She is also Chair of the Board for the Thorndale Foundation, a not-for-profit organisation that cares for intellectually disabled adults and regularly donates her time to cater for Christmas dinners and the annual general meetings for the Presbyterian Women's Association.

A highlight of each graduation ceremony is the Occasional Address. In December 2014, UWS graduands and their guests will have the opportunity to hear from a range of distinguished guest speakers. At the Summer 2014 Graduation occasional addresses will be delivered by: 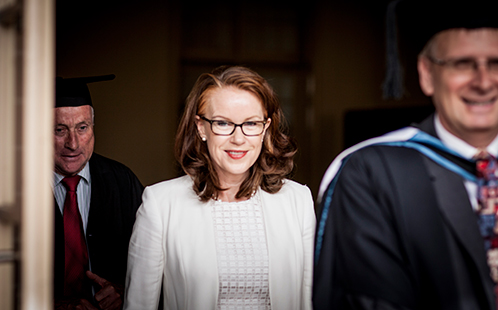 Dr Lisa O'Brien has worked in leadership roles across the public, not-for-profit and commercial sectors over the last two decades. Currently, she leads Australia's major education-oriented children's charity and has driven a five year plan to grow the effectiveness and reach of the The Smith Family's education-oriented programs to support more disadvantaged children and young people. Professor Andrew Cheetham joined the University of Western Sydney in 2007 as Pro Vice-Chancellor (Research) and was appointed Interim Deputy Vice-Chancellor (Research) in 2013. He is a Fellow of the Australian Institute of Physics, a Fellow of Engineers Australia and a Fellow of the Alexander von Humbolt Foundation. Professor Cheetham is nationally and internationally recognised for his strategic leadership in the higher education sector. He played a leading role in working with colleges, schools and research centres across the University. 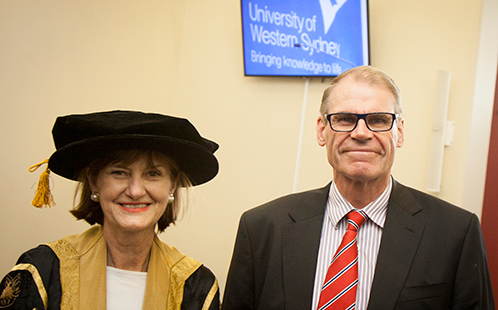 Senator The Honourable John Faulkner is a Labor Senator for NSW and Chair of the Whitlam Institute within the University of Western Sydney. Over the course of his political career, he has held a number of ministries serving as Minister for Veterans' Affairs, Minister for Defence Science and Personnel, Minister for the Environment, Sport and Territories, Cabinet Secretary, Special Minister of State and Minister for Defence. Senator Faulkner is well versed in and passionate about the history of the Labor Party. Prior to his political career, he worked as a specialist teacher for children with severe disabilities. 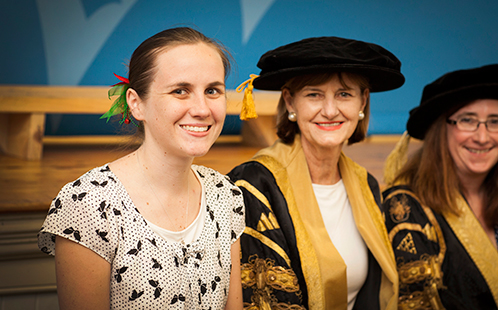 Amy Kristenthal was awarded the 2014 UWS Young Women of the West Award for her outstanding dedication to the learning and welfare of young people in Western Sydney and beyond. Along with her role as a teacher at Chifley College, Shalvey, she volunteers her time at Mary Reiby Juvenile Detention Centre and in Bourke, implementing a support program to help Aboriginal children in their transition from primary to high school. 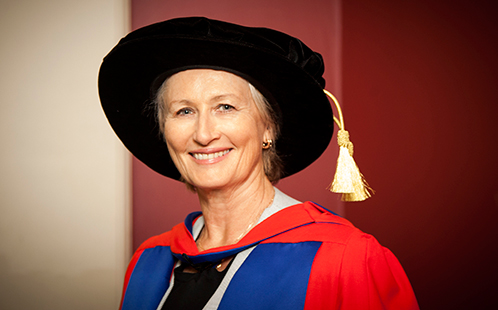 Professor Phelps is Adjunct Professor at the National Institute of Complementary Medicine hosted at the University of Western Sydney, and a member of the National Institute of Complementary Medicine Advisory Board. She writes regularly for the Australian Women's Weekly, The Medical Observer Magazine and The Australian. In 2009, Professor Phelps hosted Channel 7's 'Last Chance Surgery'. In 2000, she was the first woman to be elected Federal President of the Australian Medical Association. She is the recipient of a Centenary Medal and an Order of Australia for services to health and medicine. She is founder and principal clinician at Sydney Integrative Medicine and Cooper Street Clinic is Sydney.

Joanne Edwards has extensive executive level in a number of health facilities before moving to Western Sydney Local Health District including roles as Director of Nursing and Midwifery at Royal Prince Alfred Hospital and Liverpool Hospital. Clinically, she spent her formative years in operating theatres before moving into more senior management roles. Ms Edwards has particular interests in the continual improvement of health care, including clinical handover and nursing key indicators.