UWS now among the top two per cent of universities worldwide 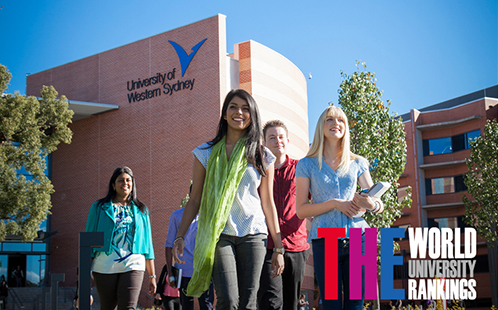 The University of Western Sydney has been named one of the world's top 400 universities, with the release of the prestigious Times Higher Education (THE) World University Rankings(opens in a new window) for 2014-2015.

UWS has moved into the 351-400 band for the first time, firmly placing it within the top two per cent of universities worldwide.

Vice-Chancellor, Professor Barney Glover, says this is a wonderful achievement for the University, particularly as it celebrates its 25th anniversary this year.

"These rankings are a testament to the strength of the University's research and the quality of its teaching. It is also a great complement to the announcement earlier this year that UWS is also ranked in the top 100 universities in the world under 50 years of age," says Professor Glover.

"Worldwide rankings and global recognition is particularly important in supporting the University's aspirations to increase our international student enrolment and strengthen our transnational research partnerships."

"The University is working particularly hard to broaden its international horizons, while maintaining UWS's strong commitment to our Greater Western Sydney region," he says.

THE World University Rankings are the world's most comprehensive and carefully calibrated global rankings.

The rankings use 13 performance indicators to assess a university's strengths in the areas of teaching, research, knowledge transfer, and international outlook.

"Rising, for the first time, into the top 400 list of universities worldwide is a real achievement for the University of Western Sydney," says Mr Baty.

"This accomplishment is perhaps made more impressive by the fact that the University of Western Sydney entered the table this year against a backdrop of rising stars in East Asia which have been enjoying strong financial support."