UWS named one of the world's best young universities 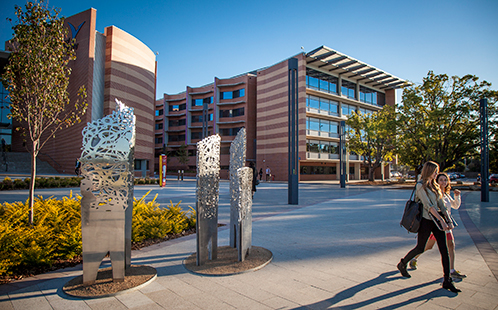 The University of Western Sydney has been named one of the world’s best 100 universities under the age of 50, by the influential Times Higher Education rankings(opens in a new window).

UWS placed 87th in the world on the 2014 Times Higher Education 100 Under 50 list, which ranks modern universities from around the globe and assesses them on performance indicators such as research, teaching excellence, international outlook, connections with industry, and innovation.

UWS Vice-Chancellor Professor Barney Glover says this is a great achievement for the University, made all the more significant as it comes during UWS’s 25th anniversary year.

"In just a little over two decades, UWS has grown to become a truly world-class university recognised for its research strengths and innovations in teaching," says Professor Glover.

"To do justice to our Greater Western Sydney Region, it is vital that UWS firmly establishes itself as a globally-recognised and vibrant institution of higher learning and research. I congratulate everyone in the University community on this excellent result."

Editor of Times Higher Education Rankings, Phil Baty, says the 100 Under 50 is a 'hotlist' of the world's most dynamic and exciting young universities.

"The list contains many global superstars, including some of the most exceptional and well-funded East Asian institutions, so to make it into the top 100 is a major achievement in itself," says Mr Baty.

"I would like to offer my personal congratulations to the University of Western Sydney on their fine performance this year, and their first appearance in these rankings.

"In a year when Australia has more top 100 institutions than any nation bar the UK, it is interesting to note that its representatives are also highly diverse in their profile, location and age; the inclusion of institutions such as UWS offers further evidence of a national system with a potentially bright future."

This is the third year Times Higher Education has released its 100 Under 50 rankings. More information and the full results(opens in a new window).

Opinion: An autism minister may boost support and coordination. But governments that follow South Australia’s lead should be cautious

This week, the South Australian government announced the appointment of Emily Bourke to the role of assistant minister for autism. It’s the first portfolio of its kind in Australia.