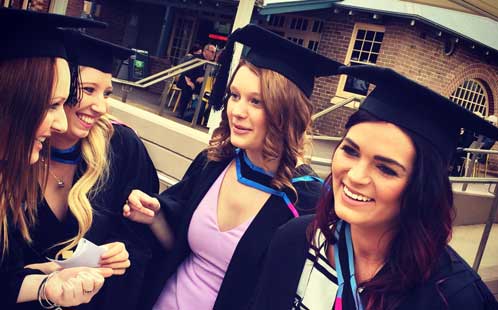 Thousands of students will celebrate their achievements at the University of Western Sydney when they complete one of the most important milestones of their lives at the Spring Graduation ceremonies.

More than two thousand students will don the traditional gown, cap and hood as they officially join the ranks of UWS Alumni between Tuesday September 23 and Thursday September 25.

During the Spring Graduation ceremonies three university medals will be presented to students who achieved outstanding results through the course of their degrees.

The title of Emeritus Professor will be conferred on Professor Edmund Fung for distinguished service to the University.

A highlight the graduation ceremony is the Occasional Address, where graduands and their guests will have the opportunity to hear from a range of distinguished guest speakers.

Graduation ceremonies commence at 9:30am, 12 noon, 2:30pm and 5:00pm. Graduands are advised to arrive on campus to register no later than 90 minutes prior to the commencement of their graduation ceremony.