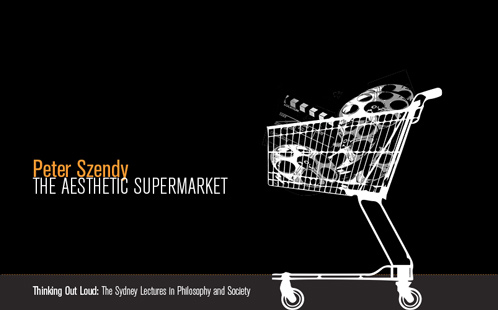 Welcome to the era of the aesthetic supermarket where brand images dominate the visual fabric of our society through film, television, advertising, and social media.

So, what happens when we take the expression "exchanges of views" literally? How have our eyes turned into a marketplace, with iconic currencies, debts, and credits?

Peter Szendy has this curious marketplace in his sights. In this year's Thinking Out Loud lecture series the French philosopher and musicologist explores how money and images circulate the world in a lockstep of exchange.

Drawing from Gilles Deleuze's observations of the '…infernal circuit between image and money' Szendy will explore how capitalism has developed as an economy of images—an iconomy.

The "Thinking Out Loud: The Sydney Lectures in Philosophy and Society" is a popular annual event held at the State Library of NSW, and attracts people all ages interested in analytical thinking and problem solving in our complex modern world.

The lecture series is organized by the Philosophy Research Initiative of the University of Western Sydney, and is supported by ABC Radio National through the broadcast of lectures and associated content. Fordham University Press (New York) subsequently publishes a book of the lectures.