Conference looks at role of literature in post-conflict societies 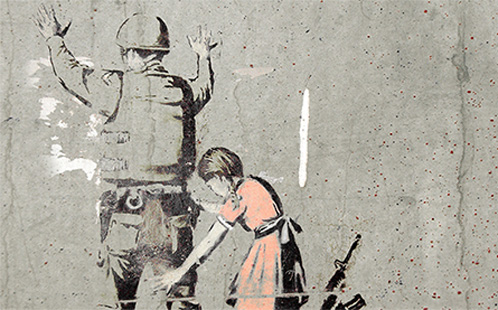 What is the role of literature in the aftermath of political conflict? How might literary texts inform the broader process of transitional justice, and can a work of fiction function as a form of therapeutic storytelling, in which a traumatic history might be articulated and exorcised?

These questions will be discussed at an international conference held at the University of Western Sydney's Writing and Society Research Centre.

The conference will pose these questions in various national contexts, with papers on works set in countries including Northern Ireland, South Africa, Germany and Brazil. Key authors in this area include the Nobel Prize winning J.M. Coetzee, Nadine Gordimer and Seamus Heaney.

While remaining attentive to deep historical and cultural differences, the conference will explore possibilities for the comparative study of literatures written in the wake of political violence.

"Students study classic writers such as Wilfred Owen and Seigfried Sassoon, which tells us literature is crucial to the ways that people think about war and conflict," says Conference Convener Dr Matthew McGuire.

"But what is the role of literature in the aftermath of political conflict, and can it help with peace building and dealing with legacies of trauma?"

Dr McGuire says literature can be read as a form of rehearsal space, a unique laboratory in which people might meaningfully come to terms with the traumatic memories of the past.

"Fiction can act as a form of therapeutic storytelling, a way of dealing with the past, or ordering and making sense of distressing experiences," says Dr McGuire.

"It also functions as an archive, a form of witnessing, drawing attention to atrocities and encouraging us to both remember the past and to begin the process of forgetting and moving on."

"Given the upsurge in ethno-religious conflict, the ongoing turmoil in the Middle East, and the tensions in Ukraine-Russia and Israel-Palestine, such issues are of vital global significance."

The UWS Writing & Society Research Centre Symposium on Literature, Truth and Transitional Justice will be held October 1 and 2 at the UWS Bankstown campus.