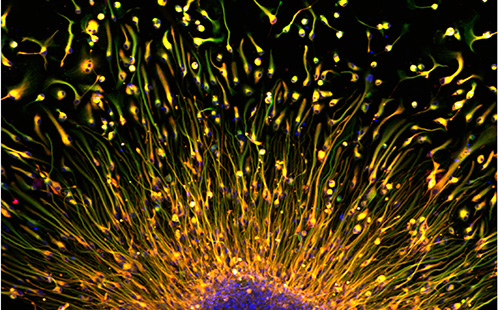 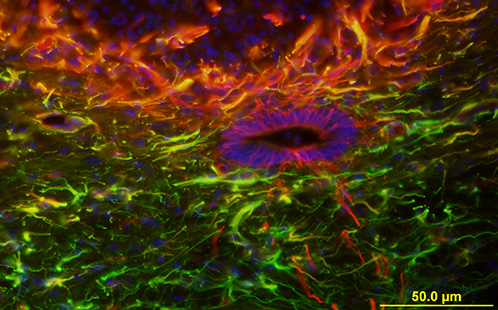 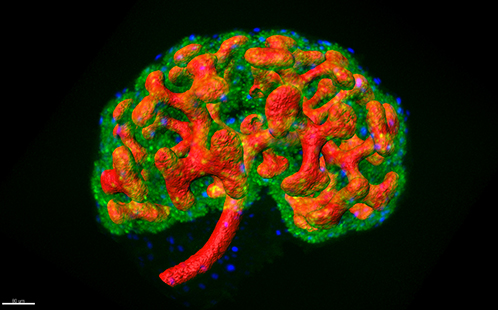 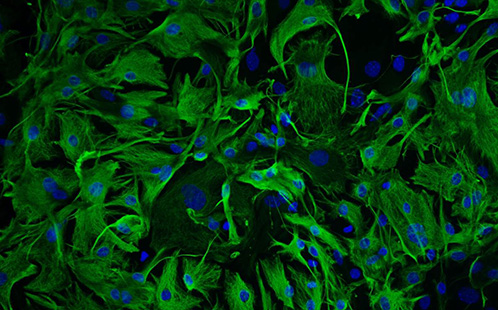 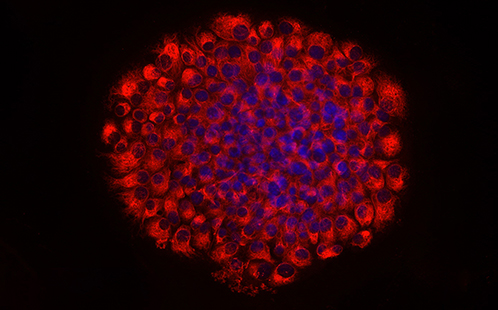 Photo gallery of some of the images from Stem Cell Stories

Stem Cell Stories currently on show at RiAus in Adelaide juxtaposes spectacular scientific images taken by researchers and moving portrait photography of people with diseases that may become treatable as a result of stem cell research.

The exhibition of 24 large-format prints was commissioned to stimulate public thought on the potential for stem cell treatments to repair damaged and diseased cells in the body, says Dr Michael O'Connor from the UWS School of Medicine.

"There was a real need for the community to engage in the discussion around stem cell research or 'regenerative medicine' in a deeper and more meaningful way," says Dr O'Connor, who is also Vice President of the Australasian Society for Stem Cell Research (ASSCR).

"Regenerative medicine has the potential to make a significant difference in the lives of people with a wide range of conditions, and this has been reflected in the diversity of images on display." 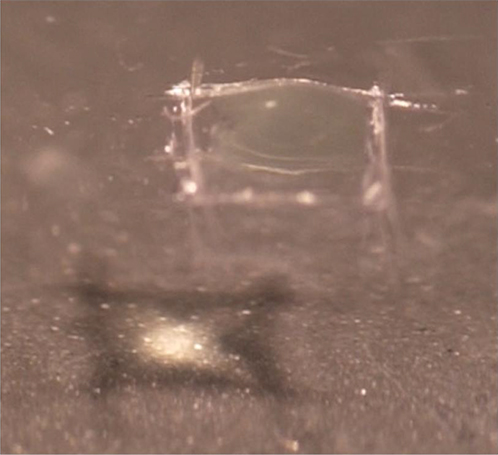 A functional regenerated eye lens that has been grown in the laboratory by Dr O'Connor from lens stem cells.

Portraits in the exhibition include those of Ashley a 26-year old woman with severe gastroparesis, a digestive disorder which literally means 'paralysed stomach'; and Robert Pask an advocate for people living with disability and chronic illness.

The images were selected from over 50 entries submitted by researchers and the general public across Australasia in an ASSCR competition - judged by three experts with extensive backgrounds in the arts, sciences, and patient advocacy: Oron Catts (SymbioticA), Mari Velonaki (National Institute of Experimental Arts, NSW), and Trish Hansen (Arts SA).

"It is essential people have accurate and easy to read information on stem cell research to help them understand the scientific research underway and inform their choices on stem cell therapies already available," he says.

Stem Cell Stories is currently on display at RiAus(opens in a new window) in Adelaide until Friday 25 July and will tour to other locations later this year.

A complex cell culture based on mouse embryonic brain cells is shown growing on a coated biomaterial surface. Axon wiring between neuron groups (cyan) were imaged, along with myelin (orange), the biological insulator of neuron wires. A general stain of biological structures was also imaged (grey).

What is a Stem Cell?

What are Stem Cell Treatments?

It is hoped stem cells, and the cells they make, may eventually provide new treatments to help repair or replace damaged and diseased cells in the body.

There’s a common assumption men take longer than women to poo. People say so on Twitter, in memes, and elsewhere online. But is that right?

Opinion: We are the 1%: the wealth of many Australians puts them in an elite club wrecking the planet

Among the many hard truths exposed by COVID-19 is the huge disparity between the world’s rich and poor.