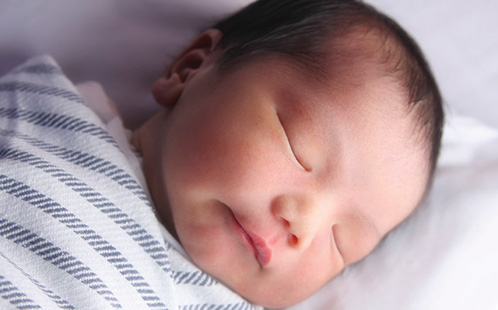 Babies born to a low risk mother in New South Wales private hospitals are more likely to have a health problem and be readmitted for birth related issues and further treatment in the first month than those born in a public hospital, a landmark UWS study has found.

Professor Hannah Dahlen and Dr Charlene Thornton from the UWS School of Nursing and Midwifery, along with colleagues from the University of Sydney, examined data from over 690,000 women who gave birth in NSW to a single baby between 2000 and 2008.

The findings, published in the medical journal BMJ Open, show babies born in private hospitals were more likely to be born before 40 weeks, more likely to have some form of resuscitation at birth, and more likely to be readmitted within 28 days for problems such as feeding difficulties and breathing problems.

The study also found that despite increased rates of intervention in private hospitals, such as caesarean section, forceps and epidurals and a 20 percent lower normal birth rate, there was no difference in the death rates between the two groups.

"We have known for some time that obstetric intervention is much higher in private hospitals, but the argument has been this leads to better outcomes for babies," says Professor Dahlen.

"NSW has one third of the nation's births, and this study shows these procedures may be associated with increased problems for healthy women and babies."

The study found babies born in private hospitals to low risk mothers were more likely to be treated at birth and readmitted to hospital in the first 28 days for birth trauma, jaundice, sleeping issues, feeding difficulties or respiratory conditions.

Many of these problems are associated with higher rates of medical intervention such as caesarean section and vacuum-assisted births, and led to separation between the mother and baby, a longer stay in hospital, and higher rates of readmission within 28 days.

In contrast, babies born in the public hospital system were more likely to be readmitted for problems relating to socioeconomic circumstances.

"This study should encourage Australian women to question unnecessary interventions that interfere with the birth process, as there appears to be no advantage to the baby and possible disadvantage if you are low risk." says Professor Dahlen.

"Doctors are incredibly valuable and serve a vital service for many women giving birth, but we should make sure they provide their services where they are really needed, for women who have a high risk pregnancy or birth, as opposed to those who are low risk."

"There is no evidence to suggest that paying more for health in Australia guarantees a better health outcome for healthy childbearing women, as this study demonstrates," says Professor Dahlen.

"There is also little evidence that private care is cost effective, which is important given the context of rising health costs in Australia. Pregnancy and birth for most women is a healthy process, not a disease, and countries which understand this and use their obstetricians appropriately have lower rates of intervention and excellent outcomes."

"In fact, recent research found there was an average saving of more than $1,000 per woman who chose continuity of midwifery care compared to those who received received private obstetric care or public maternity care."