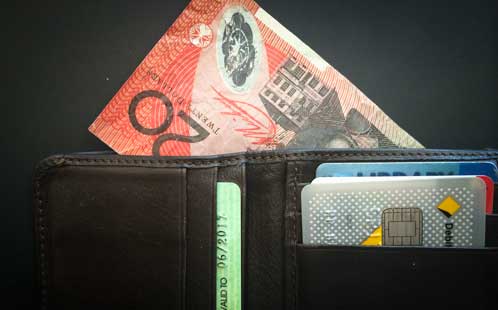 Older adults are more likely to act rationally when making financial decisions compared to young people, whose decision making processes are more clouded by emotions, according to a new study from the University of Western Sydney.

The research, published in the Journals of Gerontology, makes an important contribution to the field of neuro-economics, which assesses the way financial decisions are made by people as they interact with others.

The lead researcher Dr Phoebe Bailey, from the School of Social Sciences and Psychology, says past research has found older people have more control of their emotions, and the study set out to test whether older adults would subsequently make more rational financial decisions.

"What we wanted to do was to test the emotional responses of young and older people in a laboratory setting as they were placed in situations of financial pressure." says Dr Bailey

In the study the researchers asked a group of young people with a mean age of 21 and an older group with a mean age of 74 to participate in the Ultimatum Game, an experiment where one participant is given the power to divide a set amount of money to share with someone else, who then decides whether to accept or reject the offer.

Critically, the players are aware that accepted offers – no matter how unfair - result in payouts, whereas rejected offers mean no-one is paid.

"This is the first time this popular economic experiment has taken place where researchers have measured the responses of young and older adults while they interact with one another," says Dr Bailey.

"It's well known that young adults respond negatively to unfair offers and then reject them. What is ground-breaking about this study is that older adults also report becoming angry at unfair monetary offers but do not act on this anger to the same extent as young adults."

Dr Bailey says according to economic game theory, these findings show the older adults acted more rationally than younger adults, who had less opportunity to make any money at all.

"What this study suggests is that older adults are better at controlling their anger and negative reactions, and as a result end up with more money in this financial negotiation," says Dr Bailey.

"It may be that older adults are being more generous because they know that accepted offers benefit not just themselves but also their negotiation partner," she says.

"This would be consistent with socio-emotional selectivity theory, which holds that as people age they become more motivated to achieve emotionally fulfilling social goals."

"Alternatively, older adults may be making their decisions for more economically rational personal reasons because they realise that receiving some money, no matter how small, is better than receiving none."

"This would indicate that younger adults could learn a thing or two from seniors about financial decision-making."

Australians older than 65 or aged between 18 to 30 are invited to participate in the study. Participants will be reimbursed for their travel expenses.