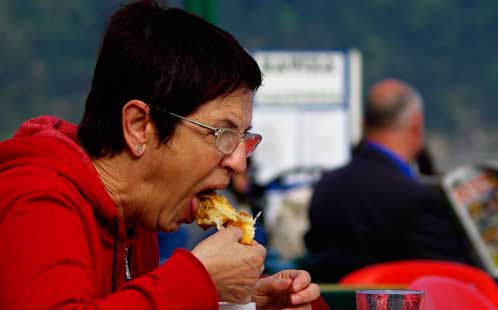 Research from the University of Western Sydney has found impulsive behaviour such as binge eating and hyper sexuality may be moderated by focusing people’s attention on the negative impacts of their conduct, rather than controlling their behaviour entirely.

An international study lead by the School of Social Sciences and Psychology, published in The Journal of Neuroscience, made the discovery while analysing the behaviour of people taking medication to treat Parkinson’s disease.

“In some Parkinson’s patients, their medication flooded their brains with dopamine and caused symptoms known as impulse control disorders such as excessive gambling, compulsive shopping and hypersexual behaviour,” says Dr Ahmed Moustafa.

“What we wanted to discover was whether the patients experienced increased levels of reward from their behaviour, or whether they acted this way because they were no longer less responsive to the negative side effects of their impulsive behaviour.”

Researchers used a novel computer program to analyse the positive and negative feedback from participants as they performed a series of tasks.

In one experiment, participants learnt to press a keyboard button to receive bonus points, whereas in another task they focused on learning how to avoid losing their points.

The results showed participants with impulse control disorders were not sensitive to negative feedback, meaning they underestimated the adverse consequences of their actions.

“This research has implications for people with Parkinson’s disease, as well as those with impulse control disorders such as addiction, pathological gambling and ADHD,” says Dr Moustafa.

“In a clinical setting the results suggest it may be more important to make patients aware of the negative outcomes of their behaviour, rather than simply persuading them to refrain from acting on their impulses in the first place.”

“For example, binge eating and hypersexual behaviour can negatively affect one’s health and relationships, so health workers should focus patients’ attention on these outcomes more in an effort to help them moderate their behaviour.”